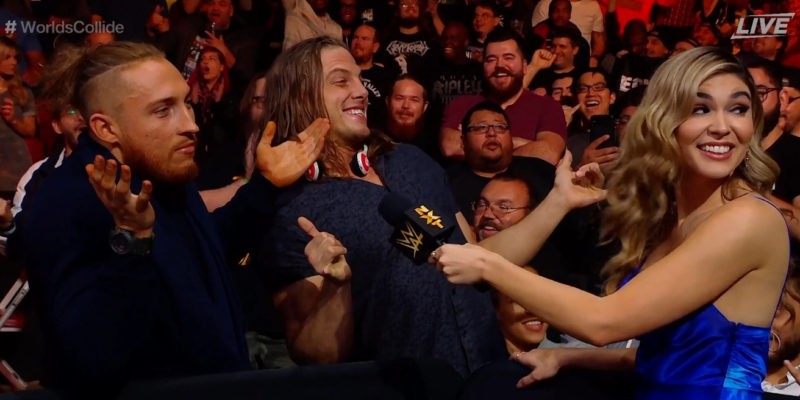 Cathy Kelley has revealed that she’ll be leaving WWE very soon. In fact, her last day with the company is this Sunday, where she’ll be working at NXT TakeOver: Portland.

Kelley shared several photos on her Instagram account, along with a long heartfelt message thanking the WWE Universe, Triple H, Stephanie McMahon, and everybody else for helping her along the way.

‪I’ve typed out and deleted this about 20 times over the past few days, still unsure what to write… I have come to the decision to leave WWE, with Sunday’s NXT Takeover being my last day. If you know me, you know this was more than a job, you know how much I loved it and how difficult this decision was. But sometimes in order to have room for growth, you have to step away. ‪I am so thankful for getting to live out a crazy dream the past four years. Thank you to the WWE digital team for being a platform that never stifled creativity. Thank you to Stephanie McMahon for being a mentor and inspiration in every way. Thank you to Triple H for heading up the best wrestling show ‬currently on tv and letting me be a part of it. And thank you to everyone who has supported me, whether it’s watching a video I’ve done or sending a tweet of encouragement. Words cannot begin to express how much it means. I’m not sure yet where my next chapter will take me, but I am damn excited for it. And I promise this isn’t a goodbye, it’s just a see you later ❤️ – CK

According to PWInsider, Kelley gave her notice recently, and the company obliged. Reportedly she revealed her intentions to leave a few weeks ago. She’s been with WWE since 2016.

As far as what’s next, Cathy Kelley hasn’t revealed that yet. For more on that, be sure to follow her social media pages.