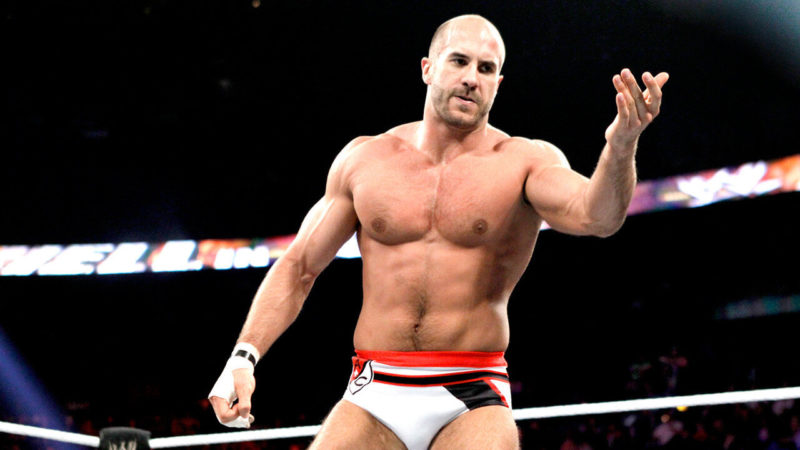 Cesaro has been on a tear recently, beating Seth Rollins at WWE WrestleMania 37 and interacting with as well as challenging ‘The Head of the Table’ Roman Reigns. In a recent interview with Sportskeeda’s Smack Talk, Cesaro’s former manager, Dutch Mantell, also known to the WWE Universe as Zeb Colter, compared the current run of Cesaro to Daniel Bryan, although stating that he isn’t entirely sure how successful the current push would be and that WWE should have done this years ago. Credit to SportsKeeda for the following quote. This huge Cesaro WWE Championship rumor just leaked.

“Daniel Bryan is a whole case study unto itself because he’s a much better talker than Cesaro is… he came out with the Yes movement and all. Plus, didn’t Daniel have Kane to bounce off of? See, that kind of helped him. Cesaro just has himself. So we’ll have to see on that one because Cesaro, like I said, they’re 8 years too late with him. If they had tried this years ago it may have worked out better but now, who knows? Like I said, I can’t really read their minds. I don’t know what they’re gonna do. We’ll have to see where this leads us.”

In other news regarding Cesaro, WWE Hall of Famer and former five-time WCW Champion Booker T discussed the current status of ‘The Swiss Cyborg’ on a recent edition of his Hall of Fame podcast. Credit to EssentiallySports for the below transcription.

Roman Reigns nearly ‘beat down’ Cesaro at Smackdown. “I’m a Cesaro guy. I respect Cesaro to the utmost. He’s a guy that I can’t wait to see get his time to shine,” Booker admitted. “It’s gonna happen for him and we’ve talked about that many, many times, you know, and I just always tell him ‘Man, just be patient, don’t don’t get frustrated,’ I mean, because, you know, talent cream rises to the top.”

Booker would continue: “He’s definitely gonna rise to the top at WrestleMania. He’s in now with the perfect partner in Seth Rollins. Seth Rollins, a guy that works at a very, very high level, WrestleMania has always been that that stage, you know, for the wrestler to go out and perform at the highest level.”