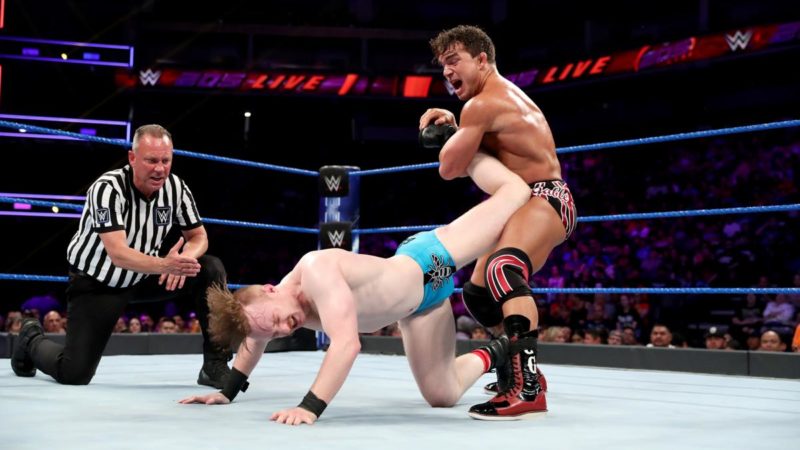 Back on June 11th, Chad Gable made his 205 Live debut, defeating Gentleman Jack Gallagher after a highly competitive match. Sadly, the ending wasn’t what many were hoping for, with the former tag team champion winning via count-out.

Tonight, though, we’ll finally get the rematch we’ve been waiting for. Jack Gallagher will face Chad Gable once again, hopefully with a more definitive finish.

Gable has been having trouble finding TV time since becoming a single’s star. That being said, he’s been seen on SmackDown Live recently in backstage appearances measuring up Apollo Crews. While that hasn’t exactly gone anywhere yet, hopefully, the second half of 2019 is bright for the Olympian.

Also scheduled for 205 Live tonight is a one-on-one contest between Akira Tozawa and Samir Singh, as well as Mike Kanellis taking on a mystery opponent.