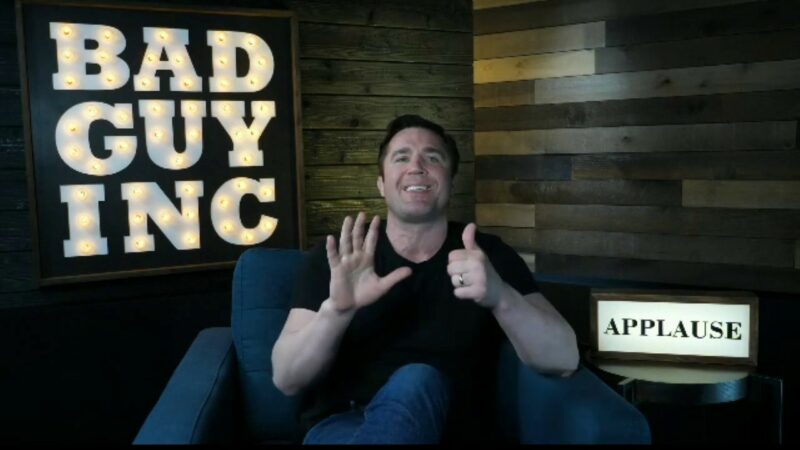 Tommy Fury, the half-brother of Tyson Fury recently pulled out of the fight against YouTube sensation Jake Paul after suffering a couple of health emergencies. He revealed that he had withdrawn from the fight due to a fractured rib and chest infection. He was scheduled to fight Paulon December 18 in Tampa, Florida. With 12 days to go until the bout, he decided pull out from the same. Fury had even posted pictures of an X-ray of his chest on social media to prove his claims.

The former UFC fighter Chael Sonnen expressed his displeasure with the way Fury handled the whole episode. He accidentally called him Will Fury the entire video, forgetting his name is Tommy Fury. As per Sonnen, Fury should not have gone as far as displaying his medical reports on social media, even if it did legitimize his reasoning for pulling out. Tyson Fury had also leaked a gym video after the cancelation of the Jake Paul fight.

In a video posted to his YouTube channel, Sonnen used the example of Jorge Masvidal, who recently pulled out of his fight against Leon Edwards without stating the exact injury. Jorge Masvidal, who recently dropped a Conor McGregor drug bombshell was scheduled to fight Leon Edwards at UFC 269, but he was forced to pull out due to an undisclosed injury.

Here is what Chael Sonnen said about the withdrawal:

“Any other fighter, any real fighter would have not only pushed through that and dealt with it, you never would have known. Never would you put out your own medical report. Jorge Masvidal went through this three weeks ago, just as a frame of reference. And to this day we don’t know what’s bothering Jorge. Cause he is not a punk. He is not looking for sympathy from you. He’s not looking for, ‘Oh Jorge, by god, it’s okay.’ Jorge is the first to tell you, ‘I signed a contract. Never in my life have I backed out of a fight. I’m backing out of this one. So congrats to Leon [Edwards]. My business is my business. I don’t really give a damn what the rest of you think.’ That is how a man would handle it. It not how Fury handled it. he wanted you to know that his lungs are hurt and this isn’t for him.”

Tommy Fury had previously said in a statement that he is hopeful of the fight taking place in the new year. We will have to see when that fight actually take place.