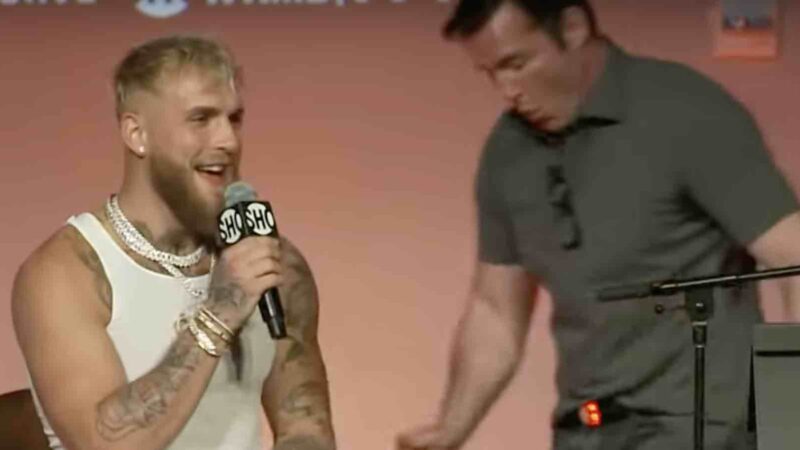 Jake Paul and Anderson Silva will be going at it and Jake states that Silva will easily be his toughest in-ring challenge till now.

Jake Paul has fought and beaten UFC welterweight legend Tyron Woodley twice, but there is just something about Anderson Silva that raises a lot more difficulty.

‘The Problem Child’ claims himself to be a huge fan of ‘The Spider’ and seems prepared to exterminate the combat veteran in his sixth professional boxing fight.

However, Paul received a stern warning from Chael Sonnen, who was hosting a recent press conference for Paul vs. Silva.

‘The American Gangster’ told Jake Paul: “You made a lot of headlines, you sold a lot of tickets and filled up some arenas, but the fun is over. You don’t play games with Anderson Silva.”

Jake Paul would hear this and would respond.

Left without an opponent, Paul then took time to see what would best fit for him until Anderson Silva was the pick.

The undercard is yet to be revealed. That said, Paul vs. Silva has already created a buzz in the combat world. Despite Aderson Silva’s age, he has looked brilliant in his last two fights and just might stop the rampaging YouTuber-turned-boxer.