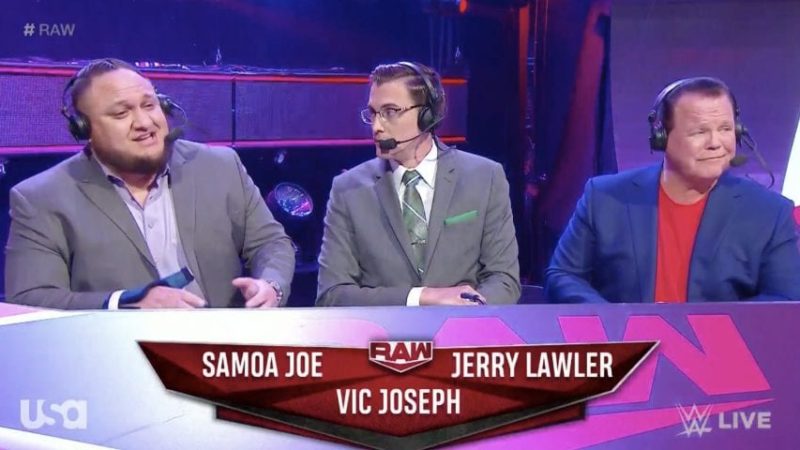 Dio Maddin was called up from NXT in order to get experience on the 205 Live commentary table.  He was then moved to the RAW commentary team, but that has changed.

Dio Maddin has not been since he was attacked by Brock Lesnar last month. On WWE Backstage, as part of The Satin Sheet, Ryan Satin revealed that Dio Maddin has been relocated.

Maddin is expected to head back to the WWE Performance Center in order to continue working as an NXT Superstar. Samoa Joe will be replacing him in the meantime.

It is also reported that Samoa Joe will be on the Raw commentary team alongside Jerry “The King” Lawler and Vic Joseph until he recovers from his injury. It is still unknown when Joe will make his in-ring return.