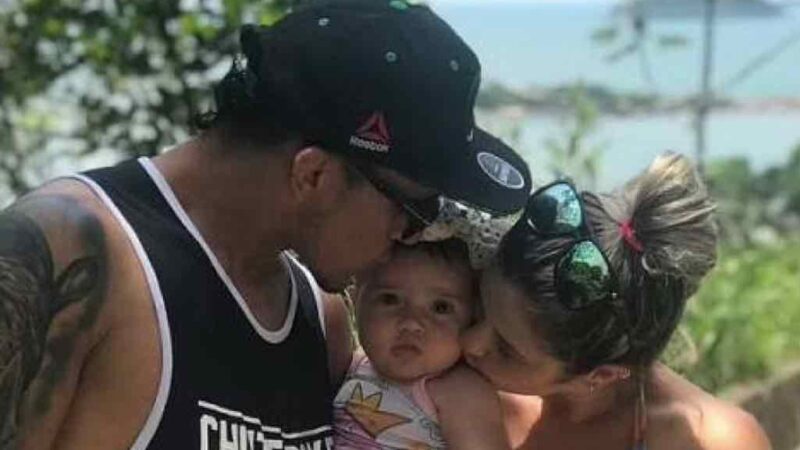 Charles Oliveira has a beautiful wife named Talita Roberta Pereira, who wore a swimsuit in a photo with her husband, as seen below. UFC star Charles Oliveira was recently entailed in a controversy with respect to UFC 274 weigh-in. The Brazilian champion faced harsh consequences as he was stripped of his lightweight title after missing weight by half a pound. The YouTuber-turned-pro boxer Jake Paul shared his take on the matter.


Jake Paul opens up on the matter

The fellow UFC fighters at the weigh-in spoke out about the matter claiming that the UFC officials had informed them that the Arizona commission scale was reading a half-pound over. Jake Paul highlighted the issue on Twitter writing:

“Charles Oliveira is losing his title because of a scale that is being questioned? Maybe consider a digital scale for championship fights. Brazil fans should use their voice here and let UFC know this isn’t right.”

Charles Oliveira is losing his title because of a scale that is being questioned?

“Congrats to the ‘genius’ that messed with the fighter’s scale leaving it with a 0.5lb difference. We only found out when we were informed as we were coming down to check our official weight. Luckly I was under so that didnt hurt me.”

Norma Dumont also missed weight by half a pound. Another UFC fighter, Casey O’Neill gave some more context to how the weigh-in process works at UFC events, writing:

“Apparently scale out the back said he was on weight and then official up front said he wasn’t. For context, we weigh in twice infront of officials before we head to the real scale, once at the hotel and once at the back of the arena. 2 scales say he is 145, official says 145.5.”

The UFC announced that they’d be stripping Charles Oliveira of the title and in a statement given to Yahoo! Sports, they explained it was so Justin Gaethje would still be eligible to win the belt when they fought at UFC 274:

“Due to the weight miss, Oliveira will forfeit a percentage of his purse. As of this moment, Charles Oliveira remains the UFC Lightweight Champion, but upon the start of the Main Event Headliner tomorrow night he will vacate the 155-pound title. The fight will proceed as scheduled, but the championship will only be on the line for Gaethje. If Oliveira wins, he will be the number one contender for the vacant Lightweight Championship and will fight the next challenger for the undisputed title belt at a time and place to be determined.”