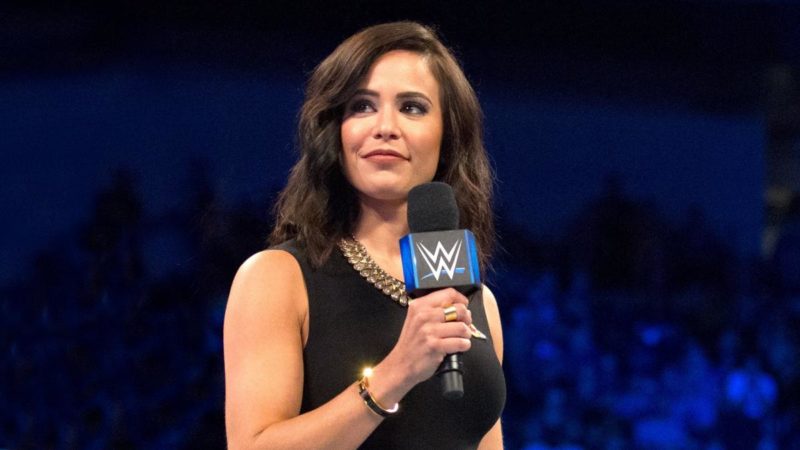 Charly Caruso has been a backstage interviewer and ring announcer for WWE at times as well, and recently flirted with a WWE star. Now it seems someone might have just replaced her. The company has now a new addition to its team in the form of Kevin Patrick.

WWE announced Kevin Patrick will be working in the company as a backstage correspondent for Monday Night Raw, play-by-play commentator for WWE Main Event and as the host of Raw Talk.

Here is what WWE had to say regarding his signing:

Kevin Patrick is set to join WWE as a backstage correspondent for Monday Night Raw, play-by-play commentator for WWE Main Event and as the host of Raw Talk.

“I’m beyond thrilled to join WWE,” said Patrick. “I’ve always been blown away by the incredible charisma and athleticism of the WWE Superstars, and I’m excited at the opportunity to help tell their stories.”

As a studio host, play-by-play commentator and reporter, Patrick has been fortunate to travel the world combining his love of sports, broadcasting and entertainment. You’ll currently find him broadcasting for CNN International and Atlanta United matches on FOX Sports, as well as hosting for SiriusXM FC.

Born in Dublin, Ireland, Patrick started his career in the entertainment industry with RTE, Ireland’s National Broadcaster, where he worked on world-class soccer events and the 2004 Olympics. In 2009, he moved to the United States and joined Big Ten Network. In 2012, the Chicago Fire Soccer Club hired him as a television commentator and analyst until 2015, where he moved to Miami to join beIN SPORTS as a studio presenter and match commentator. While there, he hosted beIN SPORTS’ live coverage of El Clasico from both Madrid and Barcelona, as well as fronting beIN’s exclusive coverage of the U.S. Men’s National Team World Cup Qualifiers. Patrick moved to Atlanta in 2019 to continue his work with Atlanta United as well as to join CNN International and Sirius XM.