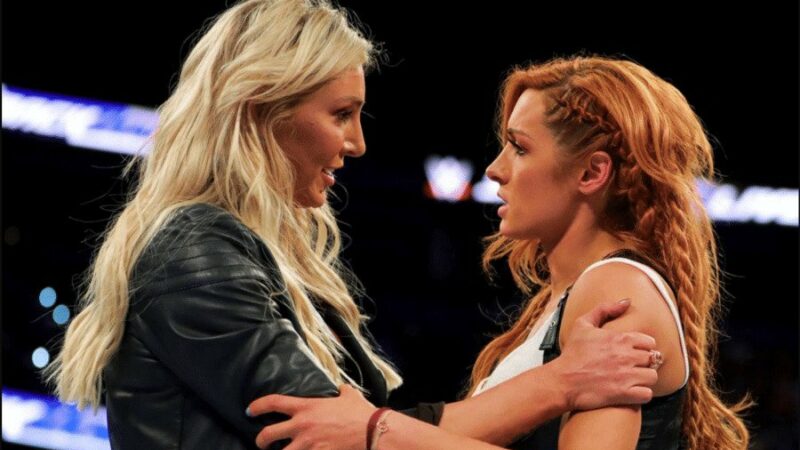 The Queen Charlotte Flair gave ‘The dirtiest finger in the game’ during tonight’s WWE Money in the Bank pay=per-view event. During a match which saw Flair win the WWE Raw Women’s Championship against the now former Champion against ‘The Nightmare’ Rhea Ripley, the WWE Universe chanted ‘We Want Becky’ – a nod to Becky Lynch, who has not been on WWE programming since last year after it was annouced she was pregnant. Charlotte Flair recently got in the ring with this top AEW star.

In retaliation, Flair would give the middle finger to the WWE fans at the Dickies Center in Fort Worth, Texas tonight. It should be noted that Lynch is at the show but has currently not showed up on-screen as of now.

WWE tried to black out the screen to prevent the middle finger being shown and the attempted to censor the chants which gathered a negative reaction from the WWE Universe. RingsideNews has collected a series of tweets documenting the overwhelming negative reaction.
One fan tweeted “LOL THE TRIED TO BLACK OUT CHARLOTTE FLIPPING THE CROWD THE BIRD AND THEY ENDED UP SHOWING IT ANYWAY” While another stated: “LOL they didnt black out the middle finger Charlotte showed the crowd in time”

Charlotte's reaction to the crowd after they chanted "we want Becky” 😳#MITB pic.twitter.com/2U0QFvUzJ5