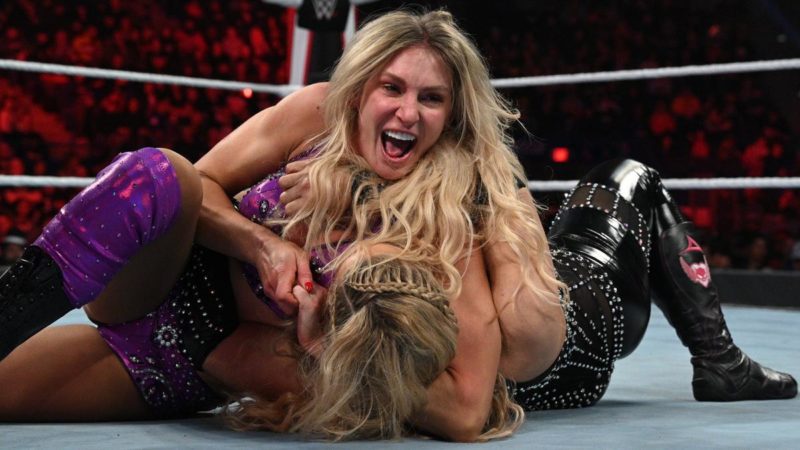 Charlotte Flair will reportedly miss WWE Raw tonight, after being missing from WWE TV for the last two weeks. Vince McMahon ‘angered’ Charlotte backstage. Flair was not booked for the WWE Fastlane PPV.

FightfulSelect.com reported, “We can confirm that Charlotte’s absence from Raw and removal from the WrestleMania poster has nothing to do with Andrade’s release. Fans speculated that Charlotte may have “held out,” but Fightful was informed that isn’t the case. She is not expected to be at tonight’s WWE Raw in person, but the company hopes to have her back soon, according to multiple WWE sources. The absence also has nothing to do with her upcoming acting roles.”

WrestleOps tweeted about Andrade’s release, “I still consider Andrade vs Gargano to be one of the greatest match in WWE history.

Absolute pure magic was made that night.

Wishing Andrade the best of luck after his release. A truly special talent with a bright future ahead of him.”

Mr. Warren Hayes added, “Let’s be real, and this has nothing to do with tribalism: Andrade Cien Almas is a world-class talent that was being absolutely wasted by in WWE. His departure is nothing but good news for him and for his future.” Andrade is eligible to appear for any wrestling promotion he wants now. Paul Heyman just reacted to Andrade quitting WWE.