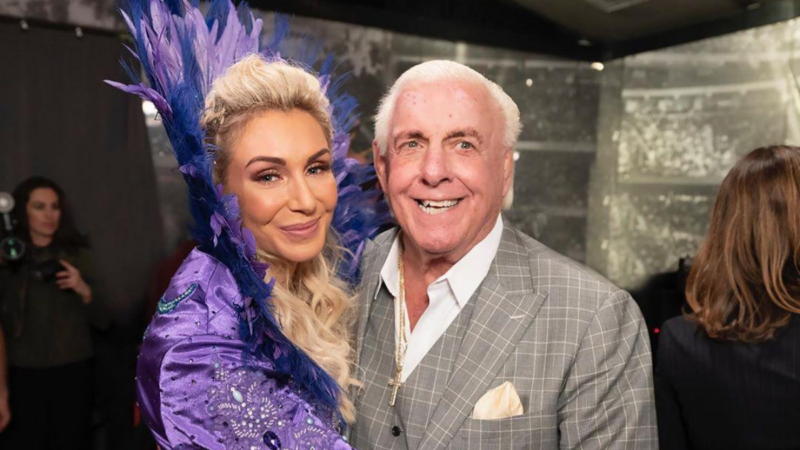 Recently, on the newest episode of ‘The Nitty Gritty Dirt Show,’ Billi Bhatti sat down with this weeks co-host, Jeff Lane as Jeff is filling in for Vince Russo. The two talked about a vast landscape of all things pro-wrestling. We’ll be focusing on if Charlotte Flair will ever be seen elsewhere other than the WWE.

Billi Bhatti starts off the topic: “I also wanted to talk about Charlotte. All of this stuff came out. She has Covid, she wanted to leave, now she’s off the ‘Mania poster. It was sent to me that Charlotte wouldn’t go anywhere because her dad is sweet with the company. He’s remaining there and he’s getting all of his alimony and all of that paid off at the moment. Ric Flair has financial stability through a legends contract now.”

AEW would have been great with Charlotte and she is upset by WWE currently, but in the Flair household; Ric is still king it seems.