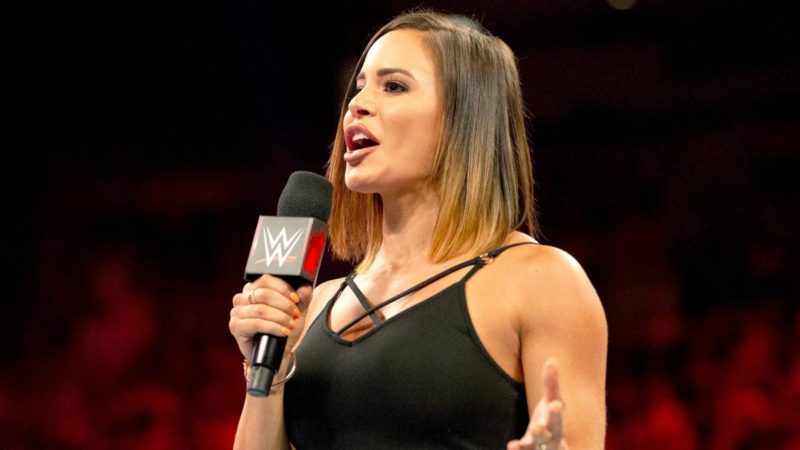 Charly Caruso has shed some light on the storyline she had with Angel Garza coming to an abrupt ending with no explanation.

WWE had an ongoing angle in backstage segments that started several months ago where Angel Garza would flirt with Caruso. He would have similar interactions with Demi Burnett of “The Bachelor,” which Caruso would be present for at times.

Although it was never explained, those segments simply stopped for seemingly no reason.

Caruso was asked about this on social media recently and as far as she knows, they just randomly stopped the storyline for no reason.

The fan asked Caruso, “I know WWE just randomly stops storylines, but what happened to the Angel Garza / Charly Caruso storyline? [It] just disappeared one day.”

Caruso seemed to confirm that her angle with Garza fits the same description.

“It also randomly stopped,” she wrote in a response to the fan via her official Twitter feed. Check out the tweet below.