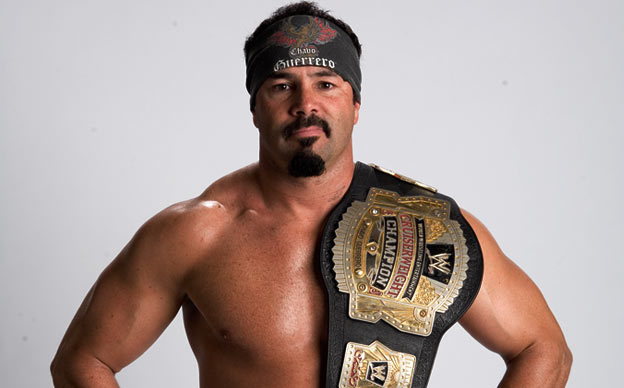 Chavo Guerrero spoke with Huffington Post to promote the second season of Lucha Underground. Here are the highlights.

“Even if you’re not a wrestling fan, if you watch our show, you’re going to like it. The character development, the backstage vignettes, everything we do it’s just really, really good.”

On Lucha Underground having seasons and not being a full-time promotion:

“That’s why you see the WWE guys are all — well, a lot of them — are broken down, pretty much, because they go hard! They go really, really hard. All wrestlers go really hard, but there’s no time [for WWE talent] to heal. It’s easy for them to get burnt out…We’ve killed people — killed characters — on the show, so in a sense, we’re killing wrestlers. You don’t see that anywhere else! They’re not killing off Randy Orton, where you can see his blood splatter against the wall, but we’ve actually done that on Lucha Underground!”

On the show being taped vs. it being live:

“Every new organization, everybody that starts out, always says they are ‘something new,’ but all they ever are is a bad copy of WWE. All those other companies — WWE, TNA, Ring of Honor — are all live event companies. Their TV just pushes you to their network, gets you to go to their live events or ‘super-sizes’ you to buy their pay-per-views. We don’t have all that stuff.”