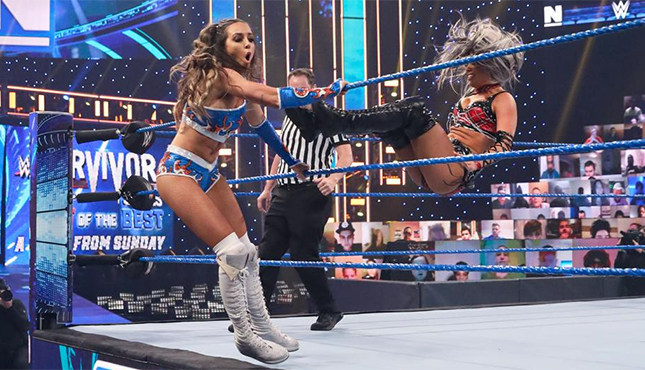 On this week’s episode of Friday Night Smackdown, Chelsea Green made her shocking debut. She took part in a fatal four-way match to determine a spot in the Smackdown Women’s Survivor Series team. She was unable to win the match. However, it seems something went awry in the match as she suffered an injury.

As reported by WWE, Chelsea Green suffered a broken wrist during her Smackdown debut match. She was taken to a hospital to determine the severity.

During the Fatal 4-Way Qualifying Match for the opportunity to qualify for the SmackDown Women’s Survivor Series team on Friday evening, Chelsea Green suffered a broken left wrist.

Chelsea was taken to a local hospital for further evaluation

Chelsea Green provided an injury update to her fans from the hospital on Instagram. It was a legitimate injury and there is no timetable for her return as of yet.

Just another twist in my @wwe story tonight!
If you wondered where I went after my entrance, here’s your answer… another broken arm. Nothing I haven’t dealt with before! I’ll be back before you know it!