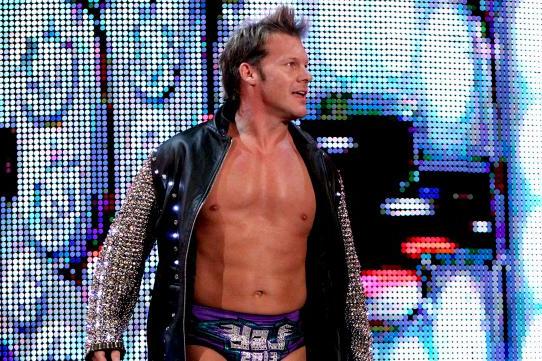 – Chris Jericho recently spoke with Rolling Stone magazine to promote his new book. The full interview is available at this link. Below are some highlights:

You predicted the success of rising stars such as Bray Wyatt, Wade Barrett and the Shield. What are the qualities you look for in a new talent?
Personality and character, they’re the only things I care about. Honestly, I don’t really pay any attention to wrestling skills because they don’t matter. There are a lot of similarities between music and wrestling, because they’re all about connecting with the crowd. What kind of charisma you have. What kind of personality you have. They’re so much more important than whether you can do a shredding guitar solo or a triple-jump moonsault.

It’s show business through and through, so when you look at a guy like Bray Wyatt, I loved his character. He can work and he’s a good wrestler and all that sort of stuff, but it’s the character that really makes it, and if you see something like that that’s so different and so unique and riveting, it’s a no-brainer. That’s what I love about the business, the characters and showmanship elements.

A popular opinion among fans is that the Attitude Era was the greatest period in WWE history. You’ve gone on record as saying that the current WWE is superior. Why?
When you think of another time like ECW or the Attitude Era, it’s like, “Ah, those were the good old days.” But having actually lived through it, there was a lot of great stuff, but there was a lot of stuff that sucked, too. Mae Young gave birth to a hand in the Attitude Era. Is that really what you want to remember about wrestling? I thought that was one of the dumbest things.

There were a lot of great characters and a lot of great wresting, so I think you always look back fondly. I live in the now and I think the product is the best it’s ever been because it’s now. It’s where we’re at in 2014, and I always look to the future. There were good moments in the past and there were bad moments. There’s going to be good moments in the future and bad moments, but I think it’s always best to look forward if you want to continue to improve yourself and the product, and improve what people are seeing.