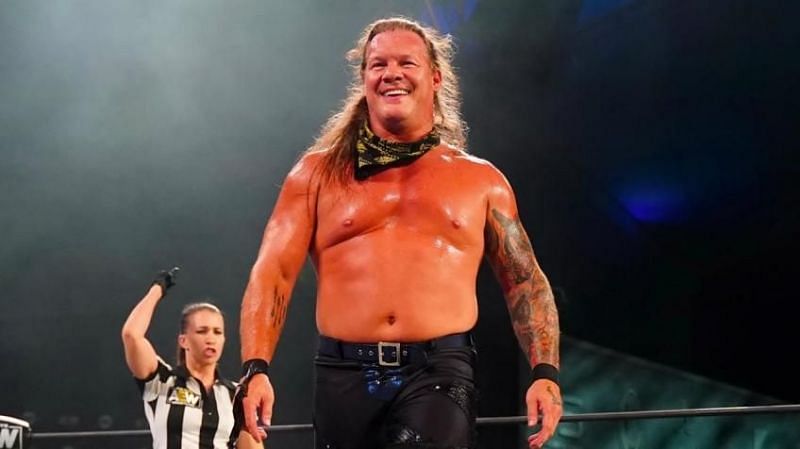 AEW star Chris Jericho is a legend of the pro wrestling business. He has been in the business for several decades and has been part of iconic moments. It has been noted that Jericho was once worried he would get arrested for being a pedophile during an infamous WWE segment.

Chri Jericho was worried about being arrested

During the Attitude Era, Chris Jericho and Christian were a tag team and eventually became the tag team champions. On an episode of Monday Night RAW in the early 2000s, Christian and Jericho were locked out of the locker room while they were in their towels and their bags were also missing.

While speaking with Inside the Ropes, Le Champion talked about the infamous segment, which was pitched by both Vince McMahon and Michael Hayes. Jericho revealed that he was worried he would get arrested for being a pedophile during the segment.

“We would be standing there in front of ten thousand people naked. I’m like, ‘So how do we disguise this?’ He’s like, ‘You don’t.’ I said to Michael Hayes, ‘Are you f***ing kidding me?’ He goes, ‘Well, you don’t want to do it?’ I said, ‘Do you? I’m not a Chippendales dancer. There’s kids in the crowd. I’ll get arrested for being a pedophile.

I go in the office, he’s like, ‘Hey, heard you have a question about today.’ I said, ‘I don’t have a question. I have a statement. I’m not doing it. I am not standing naked in front of a crowd on Monday Night Raw.’ He’s like, ‘Dammit, what are we supposed to do then?’ Jericho brought up getting kicked off the air for showing their genitals. Alternatively, he pitched to Vince that the seamstresses could make skin-toned thongs and they could put a blurry censor over their midsection on TV.”