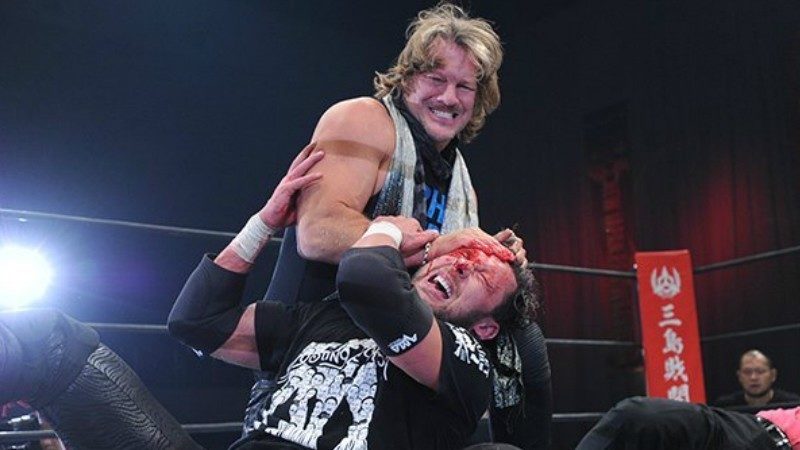 Chris Jericho turned a lot of heads when he turned up in NJPW to take on Kenny Omega. The two put on an intense feud, bringing out a side in Jericho we hadn’t seen in years.

The build to the match was spectacular, with both men assaulting each other from out of nowhere, and Omega interrupting Jericho’s press conference to attack him. It all culminated at WrestleKingdom 12 when Kenny Omega defended his IWGP US Title against Chris Jericho in a No Disqualification match.

The fight was brutal. Omega and Jericho put on a stellar performance full of both incredible wrestling maneuvers and diabolically devastating hardcore moves. The match finished in 34:36 with Omega picking up the win after planting Jericho with the One-Winged Angel onto a steel chair.

The match was well received by the wrestling world, and Dave Meltzer himself gave it five stars. The next night, Jericho attacked Tetsuya Naito, all but confirming that Jericho’s eyes were set on El Ingobernable. However, that doesn’t seem to be the case.

Jericho responded to a fan today who asked if his relationship with NJPW was over, and his response caught us off guard.

It seems, for now, Jericho’s return to NJPW is over. It’s possible, however, that Jericho is trying to work the wrestling world. It wouldn’t be the first time he’s tried to troll his audience.

If it is true, though, he at least left on top, in a way, and left us wanting more.