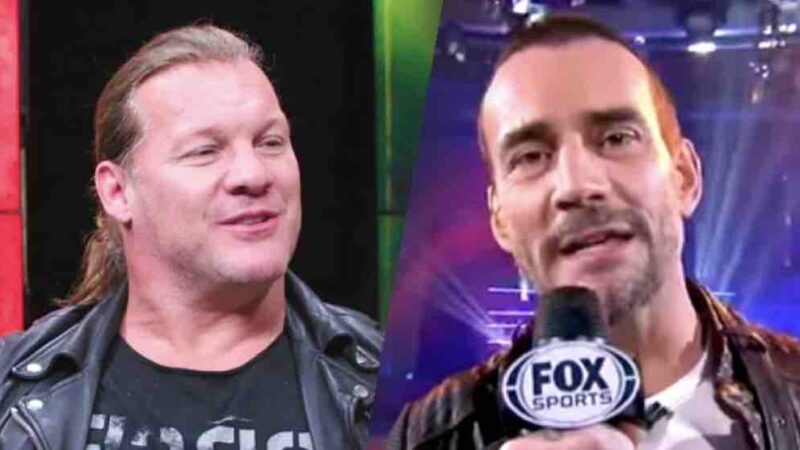 Chris Jericho and CM Punk shared some quick words with each other on AEW Rampage as Chris Jericho started off the night on commentary while CM Punk then joined him on commentary later on. As many are aware, these two icons go way back and they even shared a quick reference with one another which took many of us back years and years….Sasha Banks & John Cena Bombshell Revealed.

CM Punk has been unstoppable since he came into AEW. The same can really be said for Chris Jericho’s star power as well. So, when you have these two together, you know that we are going to get a great result to anything that they day. While the two called the match between Darby Allin and Daniel Garcia, Chris Jericho stated: “I hope your sister isn’t going to be in the front row! She slapped me in the face once!” as Jericho alluded to CM Punk’s upcoming match at All Out.

Punk responded to Chris Jericho stating: “She will be.”

What Jericho had stated was a nod to the match that the two had at WrestleMania 28 which showed CM Punk getting the win. CM Punk’s sister was in the front row for this match and pulled a spot where she slapped Chris Jericho.