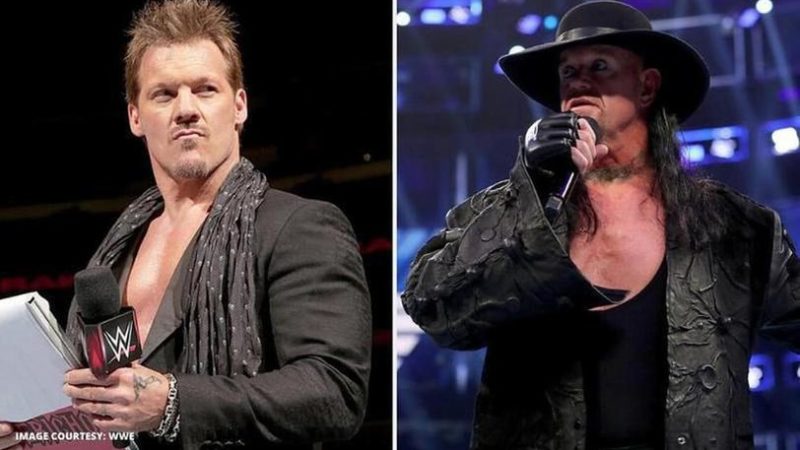 WWE hosted the ‘Final Farewell’ for The Undertaker at this year’s edition of Survivor Series and on the occasion, many stars took on social media to show their respect for the Phenom.

Chris Jericho who has also shared some career highlights with the Dead Man posted a lengthy video on his YouTube channel where he praised Taker’s contribution to the wrestling business.

Jericho then went on to recall the first time he ever faced the Last Outlaw in a match in Puerto Rico and he claimed that there is nothing like being in the ring with the wrestling legend:

“Nothing like being in the ring when that Taco Bell bong hits. And you feel the goosebumps when the organ starts and he walks down the ring. One of the most intimidating, committed and performers of all time. You feel it when The Undertaker gets into the ring. You feel it! It’s like electricity. We’ll never experience something like that again.”

The Undertaker has maintained that he has retired from active competition after his match with AJ Styles at WrestleMania 36 and this segment from WWE seems to suggest the same.