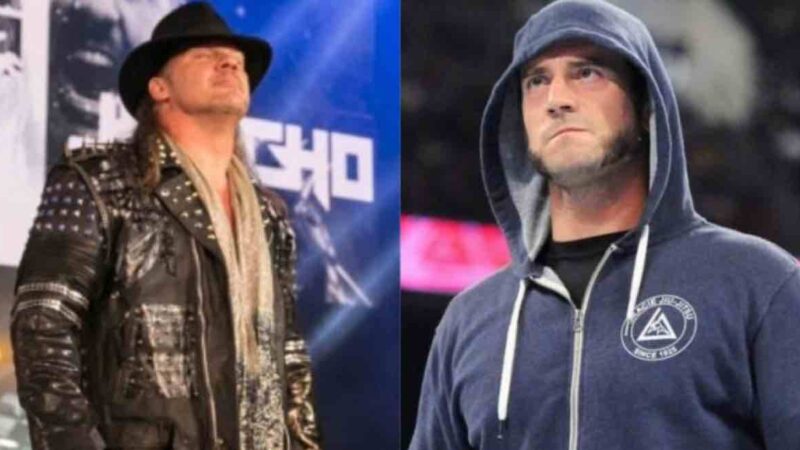 AEW star Chris Jericho created confusion for the fans after he said on commentary that CM Punk would relinquish his AEW World Championship. However, that is not the case and ‘The Wizard’ clarified his comments.

Punk announced on this week’s AEW Rampage that he suffered an injury and will need to take some time off. He had a grueling encounter with ‘Hangman’ Adam Page and defeated him to win the World title in the headlining bout of AEW Double or Nothing pay-per-view.

Fans have been concerned about Punk after he made the heartbreaking announcement of his hiatus. On this week’s Friday night show, ‘The Second City Saint’ started his promo by saying that he had good and bad news. CM Punk stated that he’s injured and needs surgery. He added that “the wheels haven’t fallen off, but one of them is broken.” He did not relinquish the title. Punk’s comments led to some confusion, which was further amplified by Chris Jericho stating on commentary that Punk was going to “relinquish” the title after holding it for less than a week. Later on Twitter, Jericho clarified that he misspoke.

Agreed. I misspoke. He’s on the shelf indefinitely, as he needs surgery.

Agreed. I misspoke. He’s on the shelf indefinitely, as he needs surgery. https://t.co/YyxhZhM4Iu

It was later announced on the show that there will be a battle royal on next week’s Dynamite, and the winner will face the Number 1 contender Jon Moxley. The winner of that bout will compete in the interim AEW World Championship match at AEW x NJPW Forbidden Door to be crowned the new champion.