The former AEW World Champion Chris Jericho seems to have committed a major blunder ahead of the premiere of AEW’s newest show, Rampage. In order to promote the show, Jericho took to his Instagram account and shared a picture of the poster of the show. Shawn Michaels WWE Firings Rumor Leaks


But, the caption saw him calling WWE Rampage instead of AEW.

“New York City is ready to watch #WWE Rampage TONIGHT on @tntdrama!! Are you? @allelitewrestling” 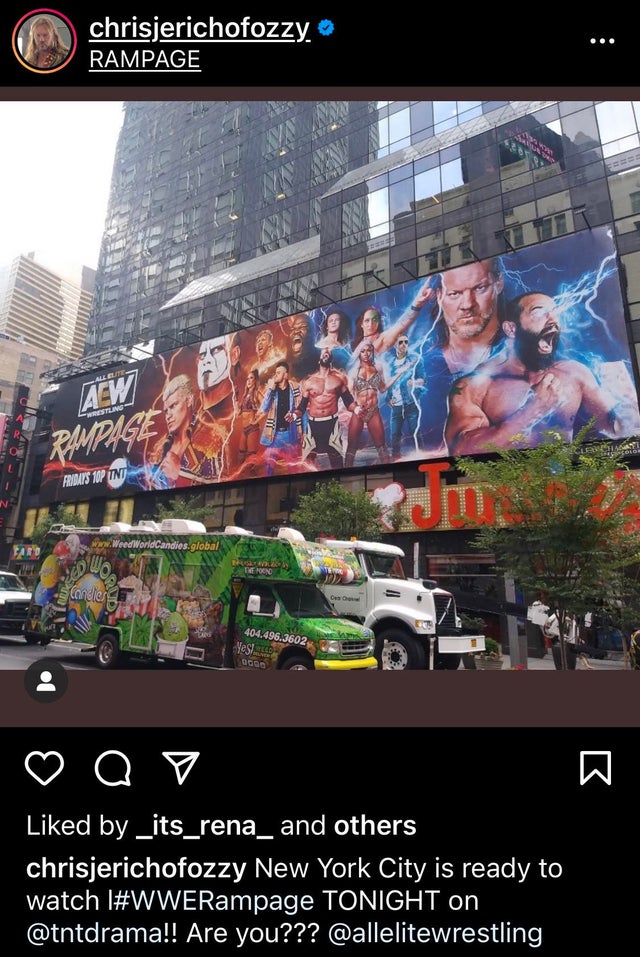 Chris Jericho opens up on his retirement

Jericho had appeared on Audacy’s Bubba Show on 100.7 Star in Pittsburgh recently to promote AEW’s upcoming Dynamite and Rampage tapings in Pittsburgh. In addition to talking about those shows, ‘The Demo God’ was also asked about who he would like to face in a potential retirement match.

“Who knows man? It doesn’t matter, that sort of stuff doesn’t matter,” Jericho said. “It’s all storyline and it’s all the angles that you’re doing. This has been a really good time for us and one of the reasons why AEW has really gone through the roof and become the coolest wrestling company in the world today is because of our storytelling. We’ve had this angle, as we say in wrestling, this story with Jericho and MJF for almost a year now. And it’s culminating with these five labors of Jericho, which I took from the twelve labors of Hercules from Greek mythology. And I kind of have to get through these different guys in order to get to wrestle MJF again.”

We will see how he performs in the match against MJF where he will not be allowed to used Judas Effect, which he has been using as his finisher to win the previous matches.