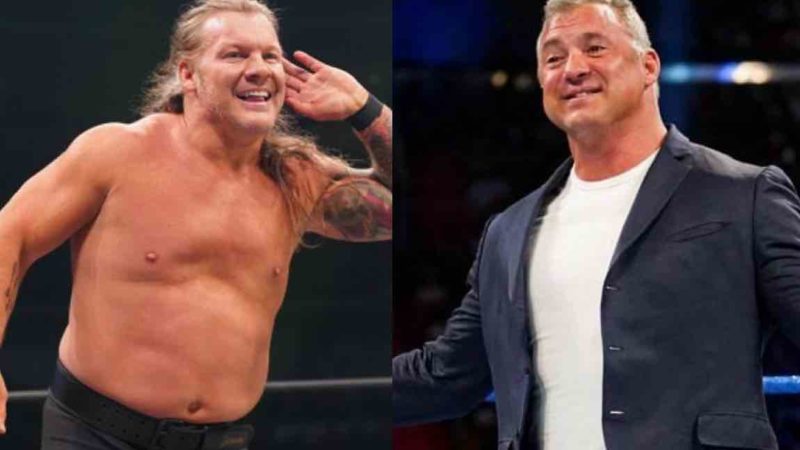 Chris Jericho was mocked by NXT wrestler Shotzi Blackheart on Twitter for clearly falling on a crash pad at the end of AEW Dynamite’s Blood and Guts match. Sammy Guevara had a bad botch in the match. She posted a GIF of someone falling on a pillow. Jericho also clearly told MJF to throw him off the cage on camera before MJF tossed him. It was somewhat of a ripoff of Rikishi’s fall at Armageddon 2000, and Shane McMahon at WrestleMania 32.

According to Matt Boone’s Wrestling-Edge recap, He yells down to the Inner Circle in the ring that if they don’t surrender, he’s going to throw him off. Sammy Guevara asks if he surrenders will he let Jericho go and not go through with it. MJF says he will. Guevara surrenders on behalf of the Inner Circle, giving the win to The Pinnacle. The Pinnacle’s theme plays as MJF smiles and holds his hand high in victory on the top of the Blood & Guts cage.

We see MJF pacing around with his hands held high in victory on top of the cage as The Pinnacle music fades back down. MJF nods his head like he’s not going to do it, no one has to worry, etc., and then he does it anyways. He shoves Jericho off backwards and like Rikishi being pushed off the top of the Hell In A Cell structure in the WWE during the early 2000s at Armageddon, Jericho falls backwards and crashes way down below, only there was no big pickup truck filled with straw, instead it was like the Shane McMahon spot from Hell In A Cell with Undertaker with a gimmicked section for him to fall on.

Jericho's landing mattress, sponsored by @Casper. Snoozing at night and on the weekends pic.twitter.com/U9pZnIojeQ