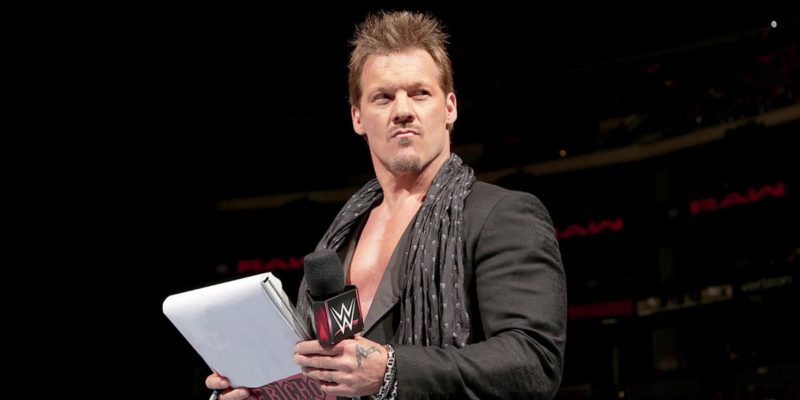 Sometimes a great story doesn’t happen on WWE television because they can’t figure something out. Other times there is an even wilder reason.

Chris Jericho recently appeared on Wrestling Observer Radio where he told a story from his new book: “No Is A Four-Letter Word.” This story was about one angle that would have been epic if it hadn’t been for a piece of bad steak.

“There are so many twists and turns, most of the time if there’s an idea that I’m going to fight for I usually get it through,” Jericho said. Then Y2J told a story about one time he tried to get an angle approved but it didn’t work out. In the end, it all boils down to knowing your audience. “You don’t approach [Vince] to pitch an angle when he’s hungry or there’s other people in the room. It changes the dynamic and for me it’s never as good of a result.”

“So long story short, I had this idea for Bray Wyatt and I cause when we worked we didn’t have a story and Vince was like ‘you don’t need a story’ and that’s such bullsh-t, it’s a ‘Vinceism’ for he either doesn’t like the feud or he doesn’t wanna do anything or he can’t think of anything or whatever. So I came up with this great idea that I went to pitch to Vince and I had surveyed the situation and I had went to his security guard that was the door to his office and asked ‘has Vince eaten?’ — ‘yes he’s eaten, he’s done lunch’ — I go ‘okay, great.'”

“But what I didn’t do was ask if there was someone else in there — I screwed up — so I go inside his office and Triple H is in there with Vince and I’m like ‘ah sh-t, there’s somebody else in here now. This changes the dynamic.’ And then when I’m about to pitch this idea, Vince asks [Triple H] to hand him his other steak because he’s still hungry. Now I’m double screwed. Now there’s somebody in the room and he’s hungry which means he’s gonna only be paying attention to his food.”

“I’m already in the room, there’s nothing I can do. So I pitch this really cool idea of where, you know The Wyatt Family beats me up and I finally go to the only guy I can trust and I know we hate each other but it’s Shawn Michaels. And I pitch this feud where I would ask Shawn to come in the ring instead to be my partner because nobody else will and the lights go out and they come back on and the Wyatts are in there and the Wyatts beat the crap outta me and they go to beat the crap outta Shawn but then Shawn makes a comeback and beats them up instead. You never really knew what Shawn was going to say when I asked him to be my partner cause now he’s involved. He was physically attacked, it doesn’t matter what he thinks now, he’s fighting.”

“So long story short it’s Chris Jericho with Shawn Michaels in his corner versus [Bray] with The Wyatt Family in their corner at SummerSlam. And I told the whole thing and Vince looks at me and looks at his steak and looks back up at me I’m thinking I know what he’s gonna say, ‘this is genius, it’s great’… and he looks at me and he said, ‘bad cow.’ I say, ‘what?’ He says, ‘bad cow’… I go ‘what are you talking about?’ — ‘Bad cow. I heard what you said what are you talking about’ he looks at the steak and he says ‘this steak if tuff. It’s a bad cow.’ And I realize at that point that he’s not paying any attention to what I’m saying cause he’s pissed off that he’s got a bad steak. Bad cow. And I ask him what he thinks of it and he said, ‘what elese you got?’ and I go ‘ah well, I’m screwed it’s never gonna happen because Vince was eating a bad steak…bad cow.'”

Credit for the quotes in this article goes to Wrestling Observer Radio and WrestlingNews.com for the transcription