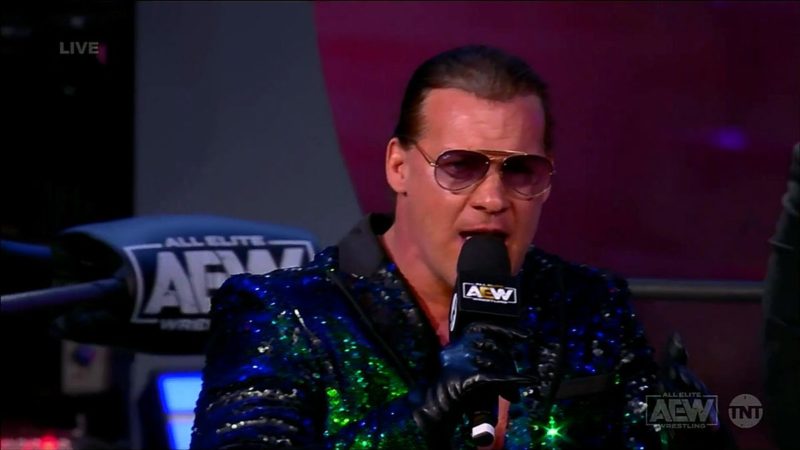 Chris Jericho and The Inner Circle held a live Q&A segment on AEW Dynamite tonight, with some big name guests. The segment didn’t start smoothly though, with a microphone botch when Robbie from Barstool Sports appeared, making the first question inaudible. A WWE star ‘begged’ Tony Khan for a job.

Podcast host Conrad Thompson then asked a question, leading to MJF calling him ‘turkey tits’ and Jericho calling him ‘fat.’

Eric Bischoff later showed up, asking how much of a mistake Jericho and MJF made beating up The Young Bucks’ father backstage last week, motivating them to seek revenge.

Jericho also mentioned working with The Rock and Big Show during the segment. The Young Bucks came out and made fun of MJF for appearing on the Rosie O’Donnell Show as a kid, and then said if it wasn’t for AEW Jericho would be ‘curtain jerking’ in the WWE Performance Center.

Fans on Twitter pointed out about the microphone botch, “Um…I think they need to turn on the ‘medias’ mic lol #AEW #AEWDyanmite #AEWonTNT #ImWithAEW #Crossroads.”

“AEW needs to overhaul their production team. The kid’s mic not working is bush league shit. Cone on.”

“Chris Jericho is still an idiot, and why AEW still keep him around, I’ll never figure out. Also, somebody fix that guy’s mic, please.”

This will all be settled Sunday, March 7 at Revolution #AEWDynamite pic.twitter.com/s7JQ3Xl9vW

.@BWalkerSEC from @BarstoolSports asking what we're all thinking #AEWDynamite pic.twitter.com/CLXB2DHCxe