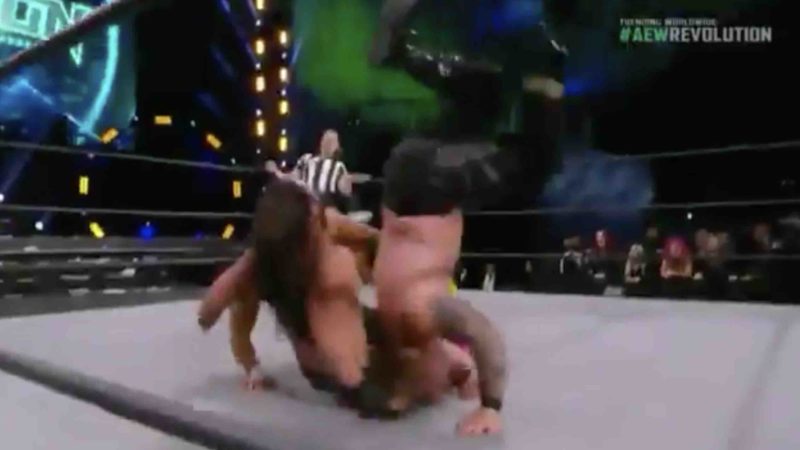 AEW Revolution was definitely a night to remember. The pay-per-view has been amazing for viewers, but it hasn’t been the best for Chris Jericho who took a very tough neck bump in his match. Jim Ross ‘struggled’ at AEW Revolution for a sad reason.

Chris Jericho took half of the receiving end of an amazingly done double DDT during the Young Bucks vs Jericho and MJF matchup. When Chris Jericho took the bump, Jericho did a headstand and it looked like his head legitimately hit the mat and the look on Jericho’s face didn’t seem like his ‘selling’ face as he held the back of his head and neck.

Looking through the comments of the Twitter post showing the spot, there doesn’t seem to be any knowledge on if Jericho was really injured, though it was a tough landing. Word on Chris Jericho’s condition may come down the pipeline in the coming days if anything did actually happen that could sideline him in any form.

The Young Bucks defeated Chris Jericho and MJF to retain the tag team titles in a match that was full of incredible spots from both sides of the ring. The match featured an incredible display of athleticism with high spots being the main drive from start to finish. A memorable match and we hope Y2J is A-Okay.