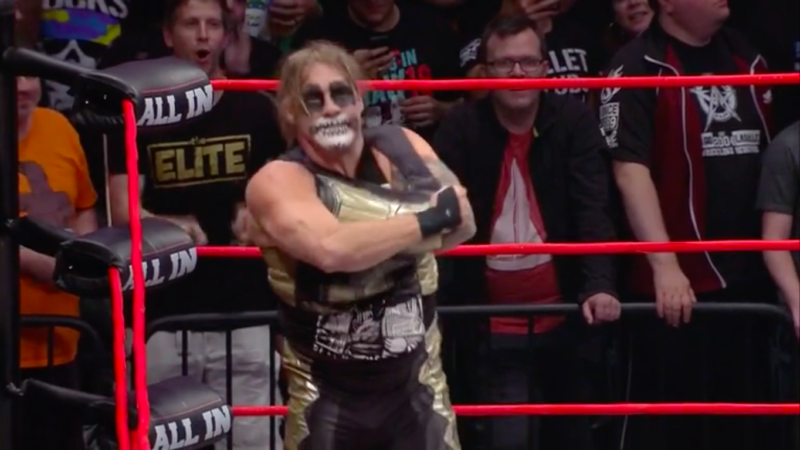 Cody Rhodes’ vision was finally unveiled in front of the millions of pro wrestling fans over the world. Despite having several stand out moments, the return of Chris Jericho dressed as Pentagon Jr. stood out of them all. The NJPW Intercontinental champion proceeded to attack Kenny Omega to trigger back their Wrestle Kingdom feud.

The appearance of Jericho had everyone by surprise since the star was booked to appear for a Fozzy concert at Kansas on the same day. Jericho revealed the plan which was clearly well executed. He said:

“Well, were you surprised? We flew from Little Rock to Chicago, I got in about 5:30 and hid in The Young Bucks office at the Sears Centre. Dressed up as Pentagon, attacked Kenny Omega, unmasked, shocked the world, and now for the ultimate power move, we are on a private jet to fly to the Fozzy gig in Merriam, Kansas. So, doing both in one night. Who else would do that? Who else is crazy enough and stupid enough to do that? So, I hope you guys enjoyed it and it was quite an amazing experience and even just dressing up as Pentagon was a lot of fun, and we’re ready to rock you tonight!