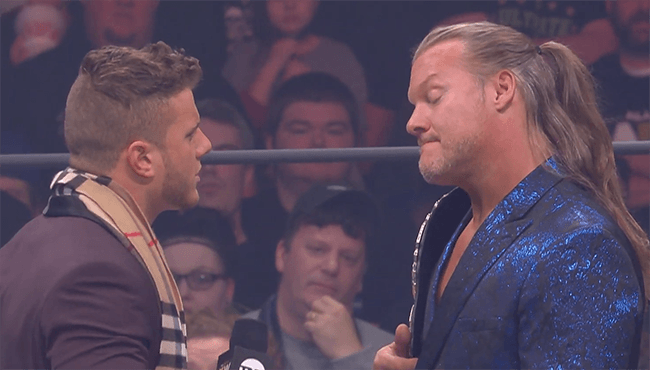 The Inner Circle are a dominant stable in AEW, but it seems Chris Jericho had a different idea when he first thought of creating the stable.

Chris Jericho spoke to  Sammy Guevara on Talk Is Jericho, where they talked about the formation of the Inner Circle. Jericho revealed he initially wanted MJF to be the first member of the group. However, they had other plans for MJF, so Sammy Guevara was a great second choice.

“I suggested MJF, but it was like we should keep him on his own, and then your name was mentioned,” he told Guevara. “Perfect, Sammy’s great. Now we need a big guy, who’s it going to be? They wanted to use a boxer they had just signed from the UK and I was like ‘nah he’s not big enough.’ I said ‘Hager’s the guy.’ So we got him. So that’s kinda the whole get together was very much each guy plays a role and has a certain part within the system of the circle.”

MJF currently has Wardlow as his backup, so it is unlikely he will be joining The Inner Circle. However, one never knows what might happen in the future.

h/t to Pro Wrestling Sheet for the transcription.