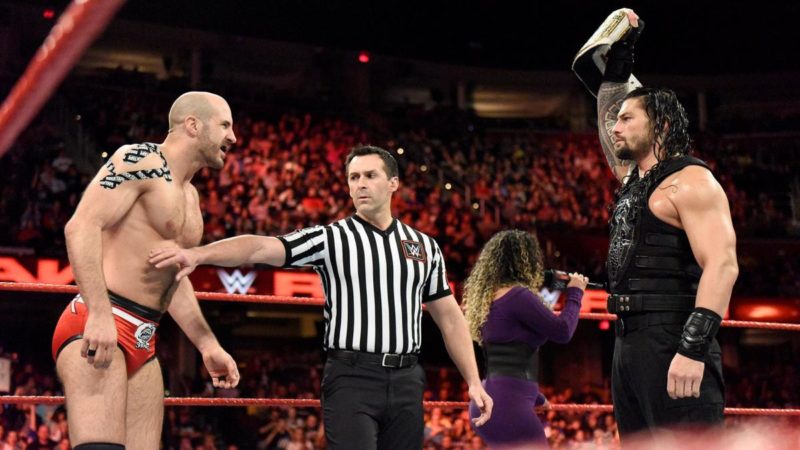 Roman Reigns battling Cesaro for the Intercontinental Championship via WWE.com

During the current crisis, Chris Jericho has started his own interactive streaming show called Saturday Night Special.  On the August 1st edition, a viewer asked for Jericho’s top 5 people he wants in AEW.

While Jericho names both WWE and NJPW roster members for talent, the addition of Don Callis may be a more personal pick.  Don Callis, Executive Vice President for Impact Wrestling, was a key figure in arranging the Wrestle Kingdom 12 match between Jericho and Kenny Omega.

Earlier in the show, in relation to a question about powerhouses in AEW, Jericho also stated:

“I think Cesaro in AEW would be one of our Top Guys.”

Though Jericho may not have hiring power at AEW, an endorsement from Le Champion is sure to be noticed.

Check out the full episode of Saturday Night Special here.