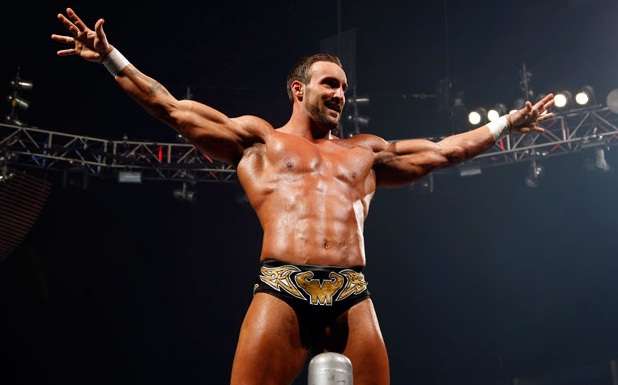 Chris Masters sustained the injury during the first set of tapings in Mumbai and underwent an MRI at a local hospital.

Apparently, ‘The Adonis’ was unable to work the second set of tapings owing to the injury.

The 34-year-old Christopher Mordetzky is perhaps best known for his time with WWE in the mid-to-late 2000s, and has been a regular on the indies since 2011. The aforementioned Impact Wrestling tapings in Mumbai, India are part of the promotion’s schedule that saw them tape 4 weeks’ worth of episodes in India on the 30th and 31st of May. Here are a few highlights from Impact Wrestling’s tapings in India-

As day turns to night in Mumbai, India, we sincerely thank @SonySIX & @Greymatter360 for their hospitality! #IMPACTIndia 🙏 pic.twitter.com/OJGA5wITTl

Masters is one of the fittest performers in the sport, and has been so for a long time now, however (and this is something most professional wrestling fans have been pointing out more and more as of late), Masters’ physique that sees him carry a low-fat, high-muscle ratio may have contributed toward accentuating the impact sustained by the bump that caused this apparent injury.

Granted that Masters no longer carries the outlandish, gigantic muscular frame as he used to in the WWE, but as compared to your average professional wrestler The Masterpiece is still jacked to no end.

Masters is now scheduled to team with Eli Drake and take on Impact Grand champion Moose and NFL superstar DeAngelo Williams on July 2nd at Slammiversary- that is if he recovers on time.

Regardless of what the reason behind the injury bothering Chris may be, the Wrestling-Edge community wishes him a quick and speedy recovery.