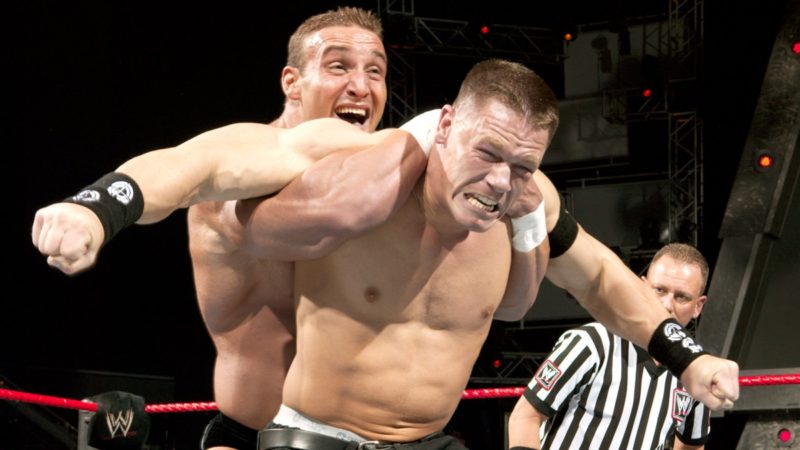 Former WWE Superstar Chris Masters had two successful runs in the company. During his first run from 2005 to 2007, he got a big push as a heel and got matches against the likes of John Cena and Shawn Michaels.

Appearing in a recent interview on The Hannibal TV, Masters revealed his actual backstage relationship with the two Superstars during his time in WWE.

Chris Masters on his backstage heat with John Cena

Masters and Cena both trained under UPW’s Rick Bassman. He was asked in the interview that given how the two shared the same trainer, whether it made Cena look out for him in WWE.

Masters said that Cena did not and they did not even click throughout the time they worked together.

“No, he did not watch out for me. We just never really clicked for whatever reason. It was always odd. I don’t know if it’s him being…like, me being a west coast guy and him being a north-west type dude. I don’t know. He didn’t really look out for me I don’t think he was ever particularly fond of me. I don’t know if he questioned my work ethic or what it was or you know, if there was some kind of issue. We just kind of never got along.” H/T Sportskeeda Wrestling

On Shawn Michaels standing up for him

Masters detailed his work experience with John Cena and how there was a lack of faith from Cena’s side. But Masters also worked with Shawn Michaels during the same time and never had any problem with HBK.

“When I worked with him in WWE in my first run it was very difficult for me to work with him and it’s hard to say that because he’s the top guy, especially at that point. But when I would work with him he had such little faith in me that he would want to call my offense for me. So I’d be getting heat on him and he would tell me what the next strike is and to me, I’d just come off working with Shawn Michaels and he had no issues with how I was working so I couldn’t understand…and our matches turned out well.”

Masters revealed that not only did he and Cena not get along, but The Cenation Leader even tried to bury him a few times. But Shawn Michaels had his back and stood up for him in backstage.

“Shawn even stuck up for me a few times because John Cena would try to bury me and Shawn would be like ‘I had no problems working with him’ which felt real good for me because when I worked with Cena there was always some kind of issue.”

Masters also shared in the same interview how JBL used to bully him during his time in WWE.