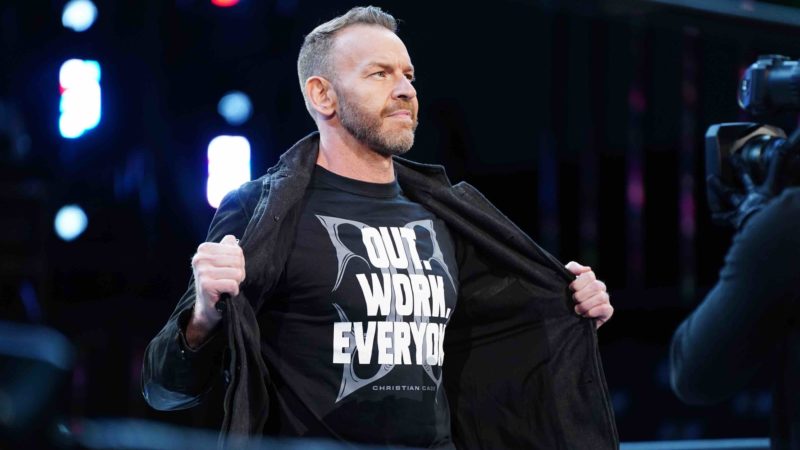 Christian Cage makes his AEW Dynamite debut tonight! Big news has recently broke on the newest and biggest sign-on to AEW TV, Christian and his star power on the show. Is Christian truly a good thing for AEW? Edge reacted to Christian’s debut.


A fan wrote on F4WOnline.com: “Your assertion was that talent at the same level could get over by working together and didn’t need to work with bigger stars. You then used Christian as an example. I then provided examples of the critical programs with bigger stars (or in Jarrett’s case more established as the top in TNA) that elevated Christian into becoming a main event level act from the midcard slot he’d held for the prior 5 years.”

Continued on: “Christian is a bigger star than Darby, MJF, Hangman, Wardlow, Jungle Boy, Ricky Starks, etc. They would all gain more from working a program with Christian than working with each other.”

Dave Meltzer then responded by stating that he doesn’t expect Christian to draw money for AEW, as he was a money loser for TNA: “Based on that, Jake [Roberts] is probably the biggest star except Sting on the roster, and probably bigger than Sting to older fans. And he hasn’t been a positive for ratings at all. Geez, if I was booking a music show, very few alive are bigger stars than Ringo Starr and if I was doing a music TV show that I wanted to last five seasons, I know I sure as hell am not calling him.

Anyway, he may do well, but he didn’t mean shit in TNA. I knew everyone in that company and got all the numbers. He meant nothing. He’s a good wrestler. Samoa Joe had no national TV with big numbers and he was a much bigger star to the TNA audience than Christian was and did much bigger on top.

All those big stars came into TNA and the only ones who really drew were Angle, Hogan, The Hardys and Sting, and Angle the most of the three on PPV, and Jeff Hardy the most at house shows.” Vince McMahon was ‘let down’ by Christian in AEW.