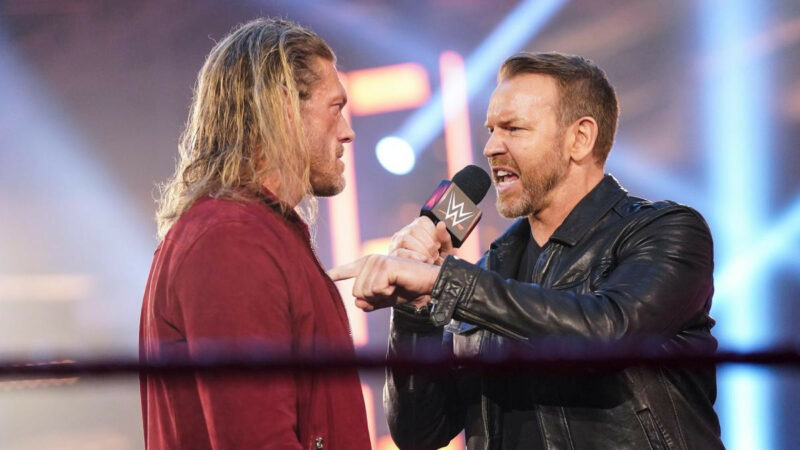 One of the best things that we saw in WWE in recent years was at the Royal Rumble where Edge and Christian were both contestants. Not only do Edge and Christian go way back, but the moment that we witnessed itself was incredibly heart warming as the duo embraced just after shooting each other big smiles. Many of us wish that they could have stayed together one way or another, but Edge stayed with WWE while Christian shockingly went to AEW. Will we see Edge in AEW or Christian back in WWE soon? CM Punk vs. Roman Reigns Huge Rumor Leaks.


Sadly, this just isn’t a possibility in the foreseeable future as Christian was the one to put any rumors at all to rest. Christian spoke on this at the AEW All Out Fanfest as when asked about the duo every being together again. Christian asked fans for AEW dream matches, and a fan shouted out Edge. Christian does not see Edge coming to AEW. Christian said: “I don’t see that happening anytime soon.”

To give some kind of life back to the rumor, Excalibur teased the possibility of Edge to Christian: “Maybe the forbidden door?”

Christian has always been known to give back to the fans and to professional wrestling. CM Punk opened up about this on Oral Sessions with Renee Paquette as he stated what Christian stated to him before Christian and CM Punk shared a great moment in the ring after AEW went off air: “I said, hey, there’s a lot of young kids out here and he was very sincere. We did a, ‘send them home happy thing’ and he was legit, he was like, it’s big you’re here. I was like, ‘no, no, no’ and we talked backstage and he’s like, ‘it’s a big deal you’re here. He’s like there are kids here that are super excited about me and you being here and I think we can lead by example. And I was like, I’m with you, dude.”