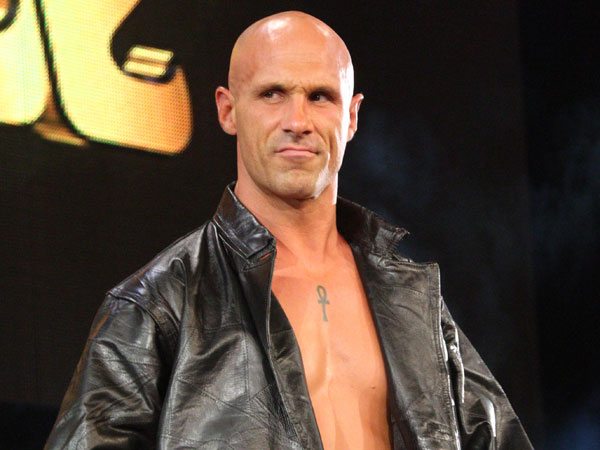 Christopher Daniels is one of the most revered pro-wrestlers in the business today. The veteran has been a Superstar everywhere he’s performed and rightfully so. Daniels’ TNA career was storied and well-received by everyone and so, on E & C’s Pod of Awesomeness, Daniels looked back fondly upon some of the programs he had in the company.

Daniels reminisced about his programs with WWE Hall of Famers Sting and Kurt Angle. Daniels said that both these icons treated him as their equal in their program and this to him meant a lot.

(Thanks to wrestlinginc.com for transcript)

I had the benefit of doing a short little singles program with [Sting]. If you had told 12 year old Christopher Daniels that he would be one day wrestling Sting in a pay-per-view match, his head would’ve exploded. But I think the big thing for me, the thing I took as I guess the most complementary out of it all was whenever we would get together with someone like Sting or even Kurt [Angle], they basically treated us like equals and they basically said, ‘I trust you guys – whatever you want.’ Do you know what I mean? They never lorded their experience over us. Like, they treated us like we belonged in the ring with them. And that to me, it was a great sign of respect for them to give us that and I feel like that we earned it too. Like, we got in the ring with them and they knew that whatever we did, it was going to be the best for business, and we would get the heat when we needed it, and we’d put them over when we needed to. They knew we were doing business the right way. And so, I mean, I felt very comfortable knowing that whenever we had to wrestle those guys, they were going to [say], ‘okay, whatever you guys want – we’re good – we trust you.’