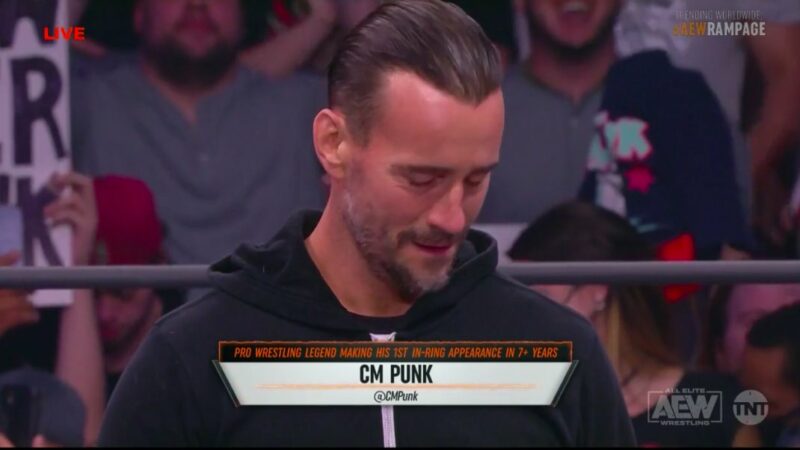 CM Punk’s debut in AEW was one of the most anticipated and monumental moments in recent professional wrestling history. In a new development, we now know what CM Punk in All Elite Wrestling will mean going forward. This fan ‘broke down’ during CM Punk’s AEW debut.


According to FightfulSelect, CM Punk entered talks with AEW for a multi-year deal, which is proclaimed to have begun back during ‘June at the latest’. The outlet would report that Punk had preliminary interest in late July.

As per the report: “At that time there were discussions regarding a multi-year contract with Punk to return, with Punk’s side being open to accepting that. We’re told the talks started well before that, June at the latest. As of the week prior to us reporting the two were in talks, we had been told of plans for a late August return.”

In addition, according to noted wrestling journalist, Billi Bhatti on Russosbrand.com, CM Punk will likely be getting three million per year in his new deal with the company.

This top WWE name buried CM Punk’s debut in AEW. Wrestling fans have been ablaze with comments since CM Punk walked out on AEW Rampage. Over on the Squared Circle subreddit, one user by the name of Fencer Supreme stated: “Mother****ing CM Punk just walked out to an INSANE crowd, gave a killer promo, looked up to the rafters at Sting and Darby Allin, announced a match with Allin at All Out, and then it went to a promo with Christian hyping a match with Kenny Omega. Just wanted to type all that out. Wrestling is good.”