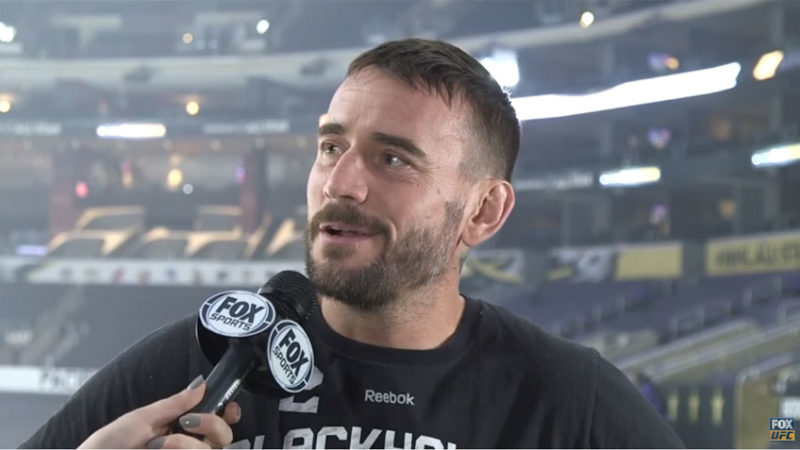 CM Punk has reacFreelance photographer Ryan Loco recently took to social media via Twitter to exclaim that the highly anticipated barbed wire exploding death match between Jon Moxley and current AEW World Champion Kenny Omega will be filmed. While that may or may not be news – what came next certainly was. Loco’s original tweet stated the following. “Looks like Mox v Omega Exploding Ring Death Match…will be covered on film this weekend. Much love to Mox, @TonyKhan & Co for making it happen. Now my film just needs to get here, @ILFORDPhoto. Lets gooooo”. Jon Moxley disagrees with CM Punk about The Miz.

Former WWE Superstar and WWE Champion CM Punk then responded to Loco with the subsequent tweet in response by going: “I hope you get blown up.” Renee Young then sent Punk an offer, “That’s rude. Wanna come and watch?” You can view the full exchange below.

The barbed wire death match between Jon Moxley and Kenny Omega for the AEW World Championship takes place at AEW Revolution. That event is to be held on Sunday, March 7th, 2021 from Daily’s Place in Jacksonville, Florida.

In other news regarding CM Punk, former AEW World Champion Jon Moxley recently discussed how the ‘Straight Edge Superstar’ got Moxley to break character once during a segment with Jake Roberts on a special ‘Old School’ edition of Monday Night Raw. Moxley told Inside the Ropes the following quote. CM Punk’s ‘last match’ comments with Jon Moxley leaked not too long ago.

“I remember that I was like trying to play dead and that snake is like tickling my face, so I’m trying real hard to not sell that he’s tickling my face. CM Punk was in a ring and he just goes, “That snake s*** on your face!” So I started laughing and I was supposed to be knocked out from the DDT, and I was laughing at him yelling that the snake s*** in my face, which it didn’t – it did not shit on my face, I don’t think.”

Credit to Inside the Ropes for the following quote.

I hope you get blown up.