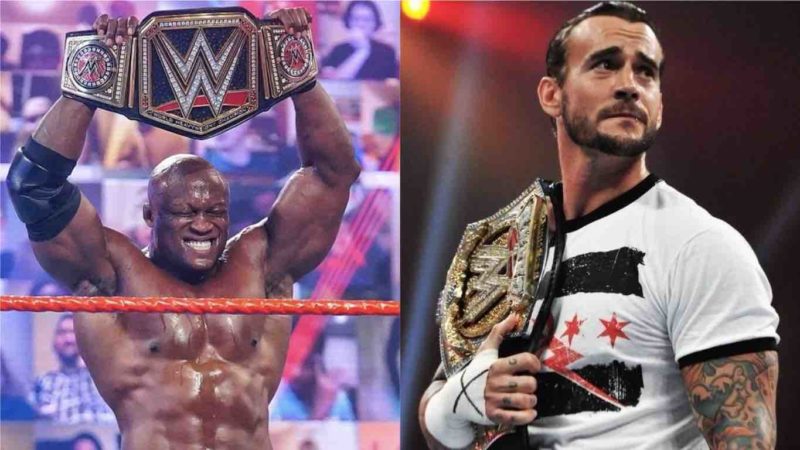 CM Punk was asked if he will confront Bobby Lashley sometime soon on Raw for the WWE title. A fan asked, “Will you visit RAW and be face-to-face with Bobby tonight, Mr. Brooks?” Punk shot back, “Unless it’s Bobby Clarke, I’m out.”

CM Punk only liked one WrestleMania 37 tweet over the weekend, an interview new WWE Raw Womens Champion Rhea Ripley did with Renee Young about her match with Asuka, indicating that Punk is a fan. A Brock Lesnar Major WWE Backlash Return Update was just posted.

“Definitely a dream for me tonight,” Ripley said in a backstage interview after winning the title. “Since being a little kid I’ve always wanted to be a part of WrestleMania and I finally got my WrestleMania Moment, in front of a crowd

It was super cool stepping out there and not only seeing the crowd and hearing their reactions, but seeing these guys [the band] out there with me. I loved every second of it. I was really trying to soak it all in and trying not to cry, to be honest.”

“It’s absolutely insane to say the least,” Ripley claimed about the crowd response. “I still can’t get over that my first night on RAW I challenged Asuka, the RAW Women’s Champion, to a championship match at WrestleMania, but at the end of the day, Asuka knows exactly who I am.

So, there could be people out there that disagree and think that I don’t deserve it, but I’m the one standing here with the RAW Women’s Championship and Asuka knew that I was going to be a challenge, and I know Asuka loves a challenge. So, I was there to pretty much challenge her for it.”

I caught up with @RheaRipley_WWE earlier this week on Oral Sessions to get the scoop on all things leading up to her match w @WWEAsuka tonight! Give it a listen! https://t.co/uLbJbodwuO