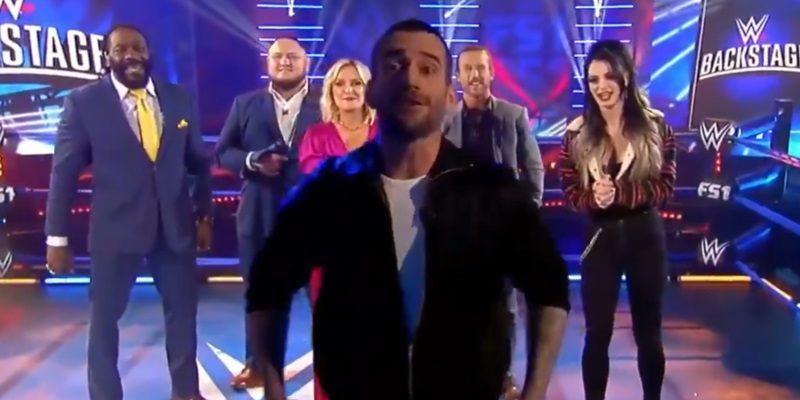 The wrestling world was shocked by the appearance of CM Punk on WWE Backstage last week. After five years away from the company, the Best in the World has returned, although not as a competitor.

No, from here on out, Punk will work as an analyst on WWE Backstage, showing up occasionally to give his opinions on the product. And while some wondered if he’d give his uncut thoughts, the former WWE Champion assured that he wouldn’t be silenced.

It IS weird trying to catch up on 5+ years of rasslin’, I’m doing what I can. There’s bright spots, mostly women from what I can tell. There’s BAD too. I’m gonna talk about it, and no one is safe. Join us. @ReneeYoungWWE @WWEonFOX @BookerT5x @RealPaigeWWE @VinceMcMahon @TonyKhan

On Twitter, Punk stated that he’d been catching up on the past five years, and had a lot to say. Interestingly enough, he stated that “no one is safe” and managed to tag both Vince McMahon and Tony Khan.

It’ll be interesting to see if Punk actually talks about AEW tomorrow night. Regardless, the Second City Saint is ready to drop a few pipe bombs.