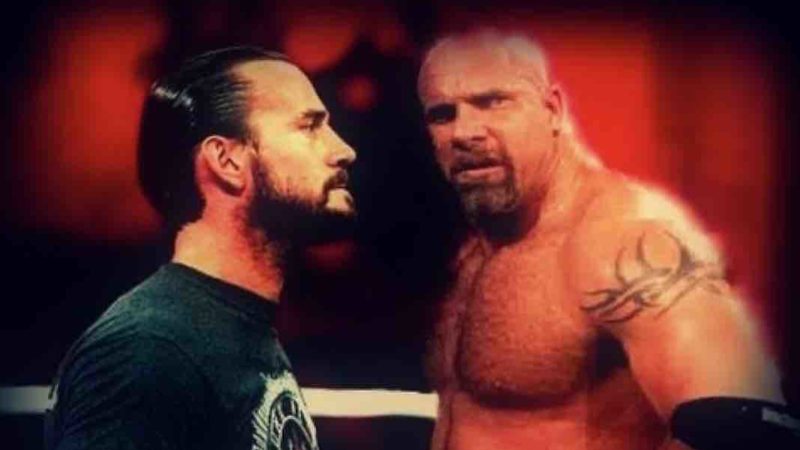 AEW star CM Punk recently joined on Oral Sessions with Renée Paquette to discuss his AEW debut and preview his upcoming match against Darby Allin at All Out. Punk was asked to share his thoughts on how AEW uses win-loss records, and Punk said that he was on the fence about it. He said Goldberg’s winning streak record was fraudulent. Sasha Banks Sad Excuse For WWE Hiatus Leaks

The former WWE Champion also made a comparison to Goldberg’s ‘winning streak’ in WCW. He said:

“It’s hard to maintain, simply because they have the YouTube shows, I think, which I think the majority of the people’s records, their matches and stuff. And it kind of reminds me of, like, Goldberg in WCW where one Nitro, he would be like, 10-0 and then like the next Nitro, he would be like, 25-0. And I’ll be like a, ‘wait-a-second’, this guy wrestled twice a day for a week? Like, what is going on?”

Punk’s thoughts on Goldberg’s epic winning streak whose numbers seem to change every week are true, as some fans are still unclear on his 173-0 came to be.

In an interview with ESPN, CM Punk said that WWE did approach him about a comeback, but he never took the offer seriously and was unhappy with their approach. He said:

“I remember one of the first things I ever said to them was, ‘Above all, don’t play games,’” Punk said. “And they played games. Some things never change… When you enter a conversation with people you have a past with and you know who they are, how seriously can you take it? I know exactly who they are and they just continue to prove it. I’m trying to be as diplomatic as I possibly can,” said CM Punk.

Punk will make his AEW debut, which will mark his return to in-ring action after seven long years as he will take on the former AEW TNT Champion Darby Allin at AEW All Out PPV.