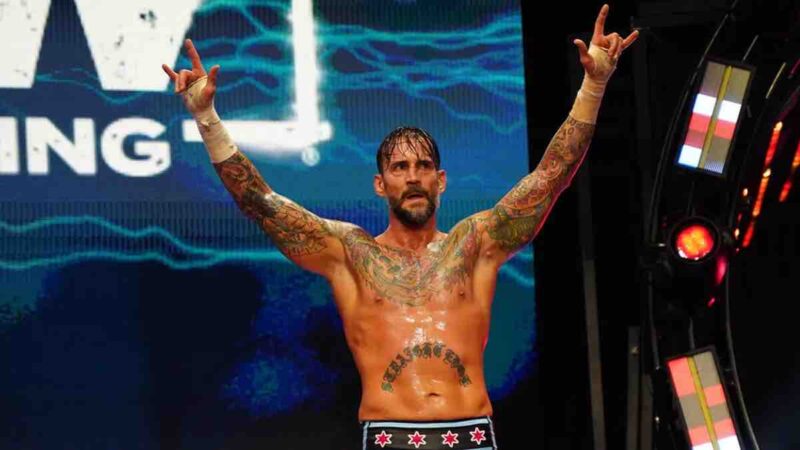 CM Punk has a ‘serious’ injury, Dave Meltzer reports. He’ll likely have to vacate his title.

CM Punk managed to capture the AEW World Championship once again at last night’s AEW All Out pay-per-view. Punk pinned Moxley with his third GTS of the match. It has come to light that he was reportedly involved in an altercation following the conclusion of the show. During the post-AEW All Out media scrum, CM Punk blasted Colt Cabana, Hangman Page, Kenny Omega and The Young Bucks. Punk utterly buried Page and Cabana in particular while blaming the Bucks and Omega for being incompetent EVPs.

One of the fans on Twitter noted the Tweets Colt Cabana has liked. The Tweets are usually shots taken at Punk. Cabana also liked a picture of Kevin Owens and WWE Hall of Famer Steve Austin which indicates how Punk once told KO he’d never go anywhere wrestling in a t-shirt. Then KO main evented Wrestlemania against Punk’s dream opponent, who was also wearing a t-shirt.

Punk injury, believed to be from the tope, is serious. Rumors from Sunday but he hadn't confirmed them but it's been confirmed to me no matter what happens discipline-wise that the title situation has to be changed and addressed tonight.

Dave Meltzer and Bryan Alvarez mentioned during Wrestling Observer Radio that they saw a police officer run by, and they figured a fight broke out with someone else. It was later revealed that Ace Steel was also involved in the “melee.” Ace Steel, was allegedly involved as he reportedly threw a chair that hit Nick Jackson in the eye. Steel also reportedly bit Kenny Omega and pulled the hair of the former World Champion.