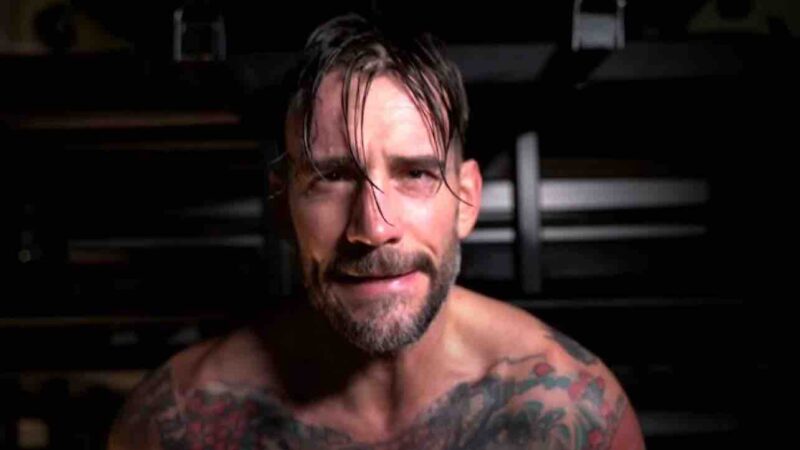 CM Punk is announcing at an MMA event tonight and has much longer hair than during AEW All Out, as seen below.

Punk was a rival of Brock Lesnar’s in WWE, and both fought in UFC. Several fans would simply agree that Brock Lesnar is one of the most dominant pro wrestlers to have ever stepped foot inside the squared circle. He had two terrific runs in WWE, both of which saw him winning major World Titles and being a huge draw for fans. Brock Lesnar was not seen on WWE television ever since he dropped the WWE Championship to Drew McIntyre at WrestleMania 36 back in 2020. Brock Lesnar was also previously called out by a Superstar from Monday Night RAW.

During an appearance on WWE’s The Bump, Bobby Lashley wants to face Lesnar in a gimmick match.

He’s making it personal, and if it he makes it personal, okay, we fight at a different level. That’s why, at Crown Jewel, I didn’t care about winning the match. I wanted to kick his ass, and I wanted to let him know that I don’t appreciate what he’s been doing this entire time, that he’s been making it personal. If you make it personal, it’s a street fight. So the next time we fight, I don’t even think it should be in a ring. I think we should go fight outside. I think we should grab, YouTube, let somebody grab a camera, meet us out in the street, and let’s beat each other down and see who doesn’t get up afterwards. I mean, I don’t know. It has to be something else because if he wants to make it that way, then we gotta go and fight that way, and I’m okay with it. I’m okay with fighting any way,”