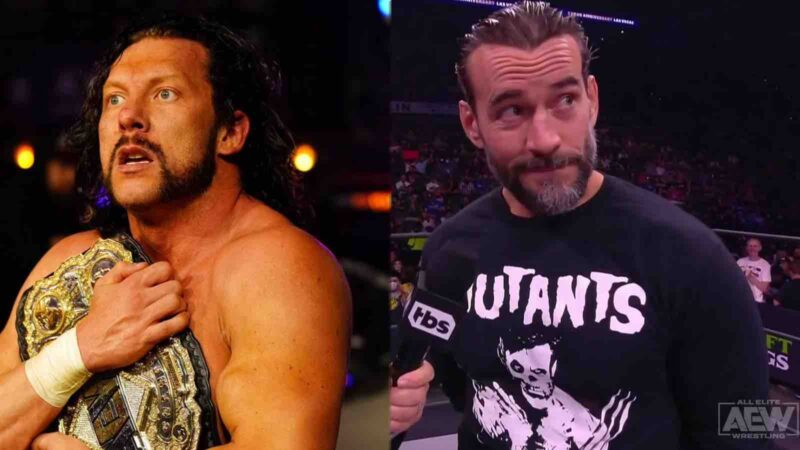 Dave Meltzer is reporting that CM Punk, Kenny Omega, and The Young Bucks are reportedly not appearing on AEW Dynamite tomorrow. Many doubt Punk and The Elite will ever be able to work in the same company together again.


The belief is that nobody involved in the fracas will be at TV tomorrow and that other top stars not booked originally for Wednesday will be there. A lot of talk of it as suspensions but that isn't official.

Been hearing the same thing. It is a very dicey situation. I don’t think it happens but we shall see https://t.co/inGSob7lgZ

Right now AEW talent have not been told anything official. Almost all I've spoken to believe CM Punk will have to go or make major amends to remain with the company.

A lot of the talent haven't arrived where Dynamite broadcasting from yet, but the heat on Punk is unreal.

Sources: Not formally an update but news on Tony Khan. Hes really leaned on Tony Schiavone and been told hes now Khan's "right-hand man". Schiavone knows all about chaos when he was in WCW and should be a great person to lean on and be a sounding board on Punk/Elite altercation

CM Punk managed to capture the AEW World Championship once again at last night’s AEW All Out pay-per-view. Punk pinned Moxley with his third GTS of the match. It has come to light that he was reportedly involved in an altercation following the conclusion of the show.

AEW star Frankie Kazarian, who is married to Punk’s ex Traci Brooks seemingly shared his thoughts on the newly crowned AEW World Champion CM Punk. During the post-AEW All Out media scrum, CM Punk blasted Colt Cabana, Hangman Page, Kenny Omega and The Young Bucks. Punk utterly buried Page and Cabana in particular while blaming the Bucks and Omega for being incompetent EVPs.. Taking  to Twitter, Kazarian wrote the following:

One of the most difficult things I’ve had to do in 25 years in the professional wrestling business is keep my mouth shut. However, it’s has also been one of the most rewarding things.

During the seven years that CM Punk was out of pro wrestling, he launched a fighting career in UFC that proved to be forgettable. Punk’s wife, AJ Lee, commented about her husband’s time in UFC during her recent appearance on “MMA Uncaged.”

“I’m constantly inspired by how much of, just a risk-taker he is,” the three-time former WWE Divas Champion said. “Even now, to see him getting back into wrestling. He’s just brave and confident and I’m really proud of everything that he’s done.”

One of the most difficult things I’ve had to do in 25 years in the professional wrestling business is keep my mouth shut. However, it’s has also been one of the most rewarding things.