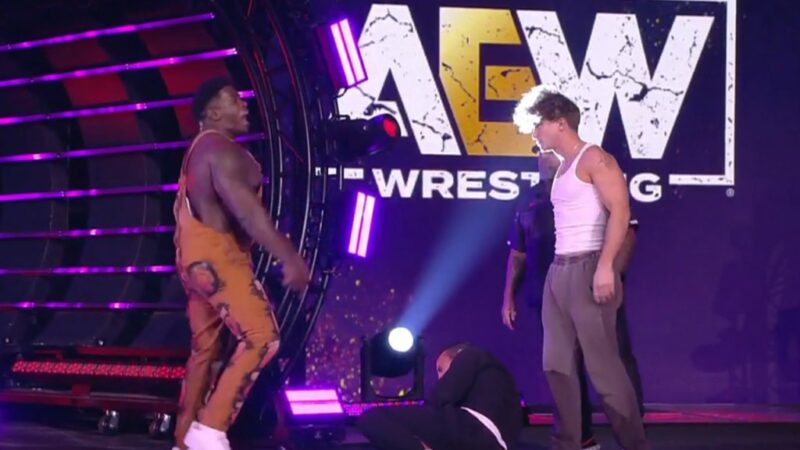 During this Wednesday’s edition of AEW Dynamite from the Prudential Center in Newark, NJ – CM Punk came out to do special guest commentary for the evening. However, this did not for too long as ‘The Best in the World’ suffered a brutal beatdown from Team Taz. CM Punk recently called this top WWE name ‘racist’.

Still, Punk seems to be in good enough health and did not suffer any particular notable injuries as he will be having his first cable television in-ring matchup in seven years next week on AEW Rampage in Queens, New York. On that evening, Punk will be taking on the man who put him through the aforementioned table on Wednesday – Powerhouse Hobbs.

In other news regarding CM Punk, ‘Absolute’ Ricky Starks discussed how CM Punk has been a big morale boost during a recent edition of Renee Paquette and Meisha Tate’s podcast. Credit to WrestlingNews.co for the below

“It’s been great. I know that he’s a very hard worker, obviously. Backstage, he’s very mindful of everyone and their matches. He makes sure he talks to them and critiques them afterwards. He’s very approachable. I think having Punk back there is a big morale boost, like a big morale boost.”