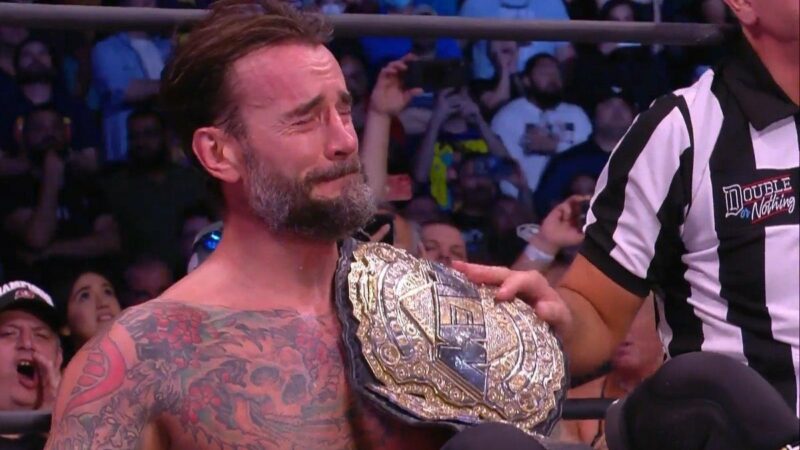 CM Punk‘s rant during the AEW All Out Media Scrum gave the company the desired media coverage. Whether that was good or bad publicity is subjective. One can be sure that Punk’s words and no filter between his mind and mouth gave AEW a moment that will go down in the history books.

There are rumors that Punk may get arrested due to his fist fight backstage with The Elite following the media scrum. Punk being a punk has caused the company enough, but the story seems to be far from over. The grapevine states that The Second City Saint may have suffered an injury during his match with Jon Moxley at AEW All Out.

He may relinquish the title. If that happens, we would have something great on our side as AEW has suffered enough from Saturday till today. Punk may have a shoulder injury, but the details are not out in public. This situation has put AEW in a precarious position. Dave Meltzer has tweeted AEW will make a major title announcement tonight.

This stuff will be addressed on the air tonight. Not sure how in depth or not. Has to be because it involves titles.

“Hangman” Adam Page held the title before Punk won it from him. Jon Moxley won the interim AEW Championship as Punk never relinquished the title due to an injury he suffered during his match with Page.

It raises questions if Punk would have to relinquish the title due to an injury, then what was the point of taking the championship off of Page? Punk hasn’t had any monumental matches since winning the title, and the AEW championship has lost its charm in a couple of months.

Punk has not been a valuable addition to the company. His release from AEW wouldn’t impact the company’s business, and Tony Khan should consider it before taking a call. Punk has no significant value in the bigger space, so his release makes more sense than keeping him along. He has more injuries in a year than any other superstar in AEW and hasn’t given any valuable output. He is not an asset but a liability.

What do you think should be AEW’s decision? Sound off in the comments.