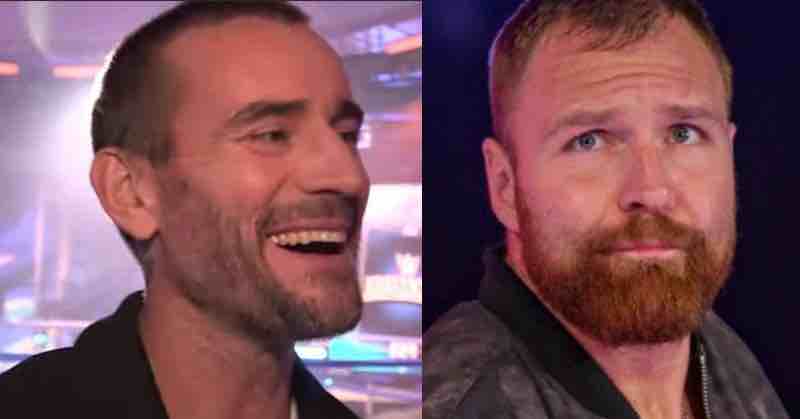 Go to sleep – on the idea of CM Punk co-hosting an upcoming edition of the popular podcast ‘Oral Sessions’, which is hosted by Mrs. Jon Moxley herself, Renee Paquette. The former Renee Young poised the question of they’d like to hear on an edition of her podcast in which the Straight Edge Icon himself, CM Punk responded with a humorous ‘nope’ in gif form.

After pressing Punk to co-host a show instead, the former WWE Champion then responded with another gif – one of Paquette’s husband, Jon Moxley during his stint as Dean Ambrose in WWE shaking his head, putting an emphasis on the ‘no’. You can view the exchange below.

In other news featuring Jon Moxley, the former AEW Champion shared his memories of wrestling the late Jon ‘Brodie Lee’ Huber in a recent piece with SI. Moxley stated: “The first night we wrestled each other, we shared a hotel room together later that night,” says Moxley. “That was over a decade ago. He was an incredible person. While so many of us would be all hot about some wrestling angle, he would find a way to turn negatives into a positive or an inside joke. He was the exact person you wanted in the locker room. I was so glad to be around him again in AEW.

“And we wrestled so many times. Whether it was on the indies, in The Shield–Wyatt war, six-mans on house shows and European tours, it felt like we were always together. When Tony Khan asked me about Brodie in AEW, I said, ‘Hell yeah, I want that match.’ We could wrestle each other in our sleep. He was so f—— good.