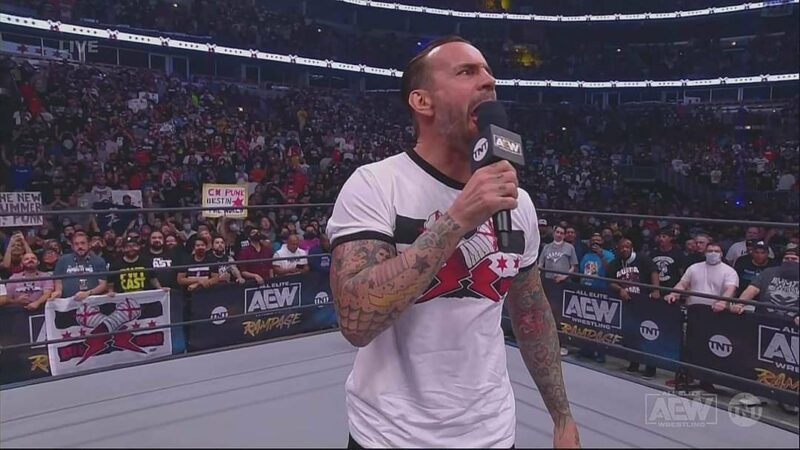 CM Punk has been in talks with AEW for quite a while as indicated by reports and it all came true as The Second City Saint made his return to pro wrestling on AEW Rampage: The First Dance last week.

CM Punk was recently seen wearing a Misfits ‘Fiend’ t-shirt, which makes it more apparent that Bray Wyatt will be making his way to AEW. CM Punk also teased the arrival of Adam Cole previously as well.

According to Cassidy Haynes on Bodyslam’s The Push Podcast, AEW has now gained more confidence in hosting shows in larger venues thanks to having bigger names in their roster.

“If you have legit headliner talent it equals the confidence to run in larger venues.”