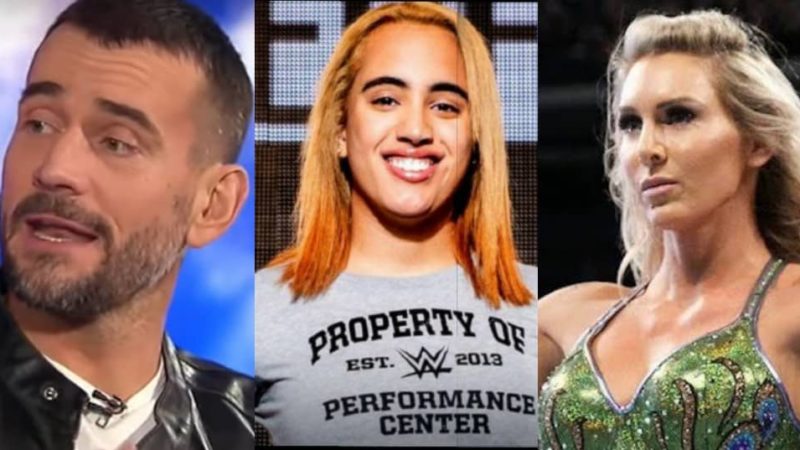 Johnson has some incredibly huge shoes to fill as her father, Dwayne “The Rock” Johnson is one of the greatest pro-wrestler of all time and a bona fide pop-culture legend.

On this week’s episode of WWE Backstage, Charlotte Flair joined the show’s panel for a discussion. The topic of Simone Johnson’s signing was brought up and former WWE Champion CM Punk had a few things to say about it.

Punk said that Charlotte Flair is the only person that Simone Johnson can truly relate to. Given that both women are the daughters of two of the all-time greats, Punk thought that Flair, who is now a 10-time Women’s Champion, could be of huge help to the up and coming Simone.

Flair said that a lot of people will believe that it’s easy and they could be right because they grew up around the business and their family is well-known. She then said went on to say that Simone must stay true to herself and learn to block the criticisms and “noise” and learn to work twice as hard and avoid taking things for granted.