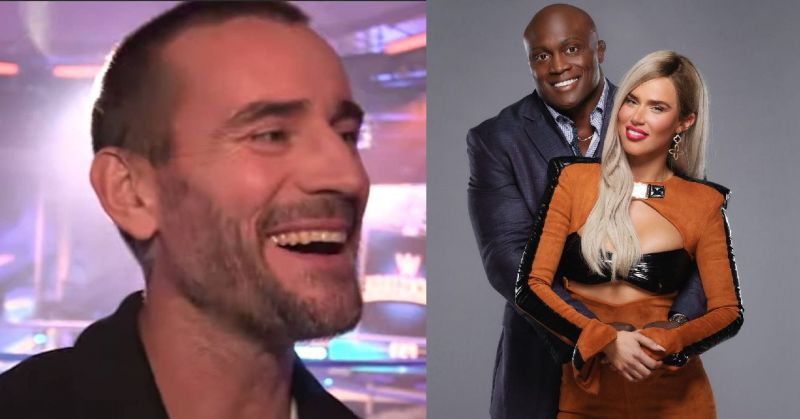 Rusev and Lana have divorced according to their WWE storyline, but CM Punk has his own opinion regarding how the storyline should end.

During this week’s episode of WWE Backstage, CM Punk talked about his ideas regarding the ongoing storyline between Rusev, Lana and Bobby Lashley. The idea was certainly interesting, which would see Rusev and Lashley as a team and Lana stuck inside a shark cage in Wrestlemania.

“They have a match, they have a blow off. I don’t think Rusev wants to be involved with Lana anymore on-screen. So, Lana and Bobby go off and do their thing, but Lana grinds on the nerves, Bobby is sick of her. He leaves Lana too, they have another divorce. She gets another tag team to go after Bobby and Rusev, who have become best friends because they have the familiar: the ex-wife.”

“This new tag team with Lana in tow go after them. What they do at WrestleMania, they put Lana in a shark cage because by WrestleMania the new tag team is already so sick of Lana that the loser of the match gets what’s in the shark cage.”

While it is unknown whether CM Punk will return to the squared circle, he will certainly be valuable as part of WWE Creative. Perhaps he will be working in that department eventually.