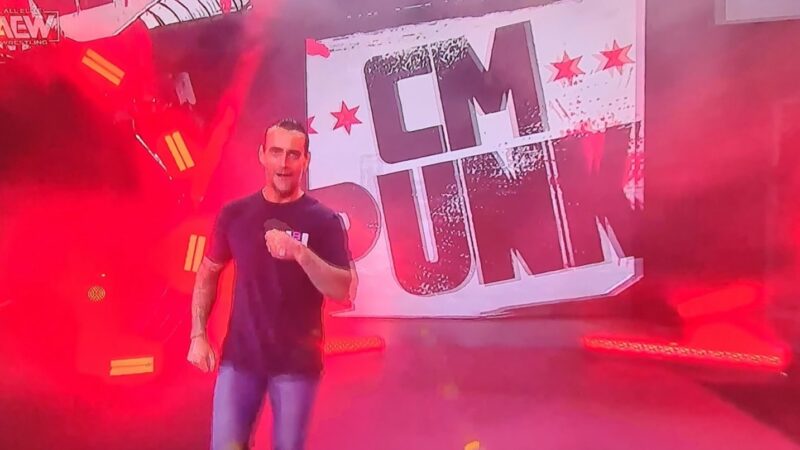 Tonight’s edition of AEW Rampage was certainly one for the books as it was the final AEW program before the company’s historic ‘All Out’ Pay-Per-View event this Sunday. The card boasts several big name matches – one of which is the first match in nearly a decade for CM Punk as ‘The Best in the World’ will take on Darby Allin. This Sting apology to CM Punk backstage recently leaked.

Punk was on guest commentary this week as Allin would face Daniel Garcia. Prior to the match, Punk would make an abbreviated entrance which lead to a memorable show moment. Just like his AEW debut Punk would bodysurf into the crowd – however, one CM Punk fan would offer ‘The Second City Saint’ at least a portion of his alcoholic beverage.
This, of course, is extremely ironic considering the fact that CM Punk is straight edge and does not drink, smoke or consume any drugs. However, for whatever reason this fan lapsed on that information and still attempted with the offer – which was declined, anyway. You can view the moment below courtesy of wrestling photographer JJ Williams on Twitter.

In other news regarding CM Punk, the former WWE Champion recently discussed his AEW debut and how it was a ‘once-in-a-lifetime’ moment in a recently conversation with ESPN. Credit to the outlet for the below quote.