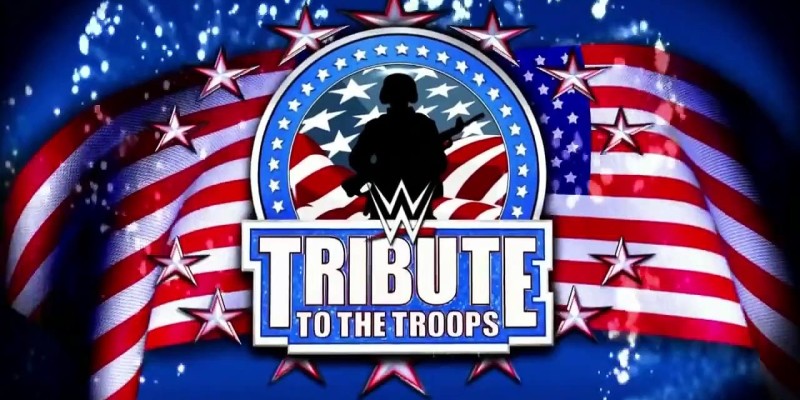 WITH TRIBUTE TO THE TROOPS®

NEW YORK and STAMFORD, CONN., December 14, 2015 – WWE (NYSE: WWE) and NBCUniversal today announced that Coca-Cola will be the presenting partner of the 13th annual WWE Tribute to the Troops event, which will air as a two-hour special on Wednesday, December 23 from 8-10 pm ET on USA Network.

The partnership with Coca-Cola is a new collaboration between WWE and NBCUniversal and will include brand integration throughout the WWE Tribute to the Troopsbroadcast on USA Network. The partnership also provides one deserving military family with a VIP experience at Tribute to the Troops, including ringside seats to the event, and the opportunity to meet WWE Superstars and Divas. Coca-Cola commercial spots will air during the USA broadcast and on WWE Network, and WWE will develop behind-the-scenes content with WWE Superstars and Divas for its global digital and social media platforms.

“We are excited to partner with Coca-Cola, an iconic, blue-chip brand that is dedicated to giving back to our nation’s heroes,” said Michelle Wilson, WWE Chief Revenue & Marketing Officer. “Supporting our servicemen and women is a key part of Coca-Cola’s DNA and we are proud to highlight their important efforts during our annualTribute to the Troops event.”

“We are thrilled to share in this special event with WWE and Coca-Cola,” said Dan Lovinger, Executive Vice President, Advertising Sales, NBCUniversal. “WWE is known for family-friendly programming and they go above and beyond in their support of veterans and the military. Tribute to the Troops is such a unique opportunity to showcase that passion and we’re proud to partner with them.”

Tribute to the Troops has become a holiday tradition and is considered TV’s most patriotic and heartwarming show of the year. In the tradition of Bob Hope, WWE brings together the best of sports entertainment and pop culture with celebrity appearances and performances from music’s most popular acts – performed for our servicemen and women, to honor their commitment and dedication to our country.

The two-hour special will chronicle WWE’s visit to Florida’s Jacksonville Veterans Memorial Arena for military personnel and their families stationed at the Jacksonville Naval Air Station, Naval Station Mayport and Kings Bay Naval Submarine Base. While in town, WWE Superstars and Divas spent the day giving back to those who serve and their families with visits to each base. The special will also include a musical performance by Grammy Award-winning rock band Train, a comedic act by Howie Mandel as well as messages of encouragement and thanks from various celebrities such as Neil Patrick Harris, Christina Aguilera, Adam Levine, Michael Buble, Eva Longoria, Ne-Yo, Mark Wahlberg and Will Ferrell, among others.

WWE, a publicly traded company (NYSE: WWE), is an integrated media organization and recognized leader in global entertainment. The company consists of a portfolio of businesses that create and deliver original content 52 weeks a year to a global audience. WWE is committed to family friendly entertainment on its television programming, pay-per-view, digital media and publishing platforms. WWE programming reaches more than 650 million homes worldwide in 25 languages. WWE Network, the first-ever 24/7 over-the-top premium network that includes all live pay-per-views, scheduled programming and a massive video-on-demand library, is currently available in more than 175 countries. The company is headquartered in Stamford, Conn., with offices in New York, Los Angeles, London, Mexico City, Mumbai, Shanghai, Singapore, Dubai, Munich and Tokyo.

Additional information on WWE (NYSE: WWE) can be found at wwe.com and corporate.wwe.com. For information on our global activities, go tohttp://www.wwe.com/worldwide/

About The Coca-Cola Company

The Coca-Cola Company (NYSE: KO) is the world’s largest beverage company, refreshing consumers with more than 500 sparkling and still brands. Led by Coca-Cola, one of the world’s most valuable and recognizable brands, our Company’s portfolio features 20 billion-dollar brands including Diet Coke, Fanta, Sprite, Coca-Cola Zero, vitaminwater, Powerade, Minute Maid, Simply, Georgia and Del Valle. Globally, we are the No. 1 provider of sparkling beverages, ready-to-drink coffees, and juices and juice drinks. Through the world’s largest beverage distribution system, consumers in more than 200 countries enjoy our beverages at a rate of 1.9 billion servings a day. With an enduring commitment to building sustainable communities, our Company is focused on initiatives that reduce our environmental footprint, support active, healthy living, create a safe, inclusive work environment for our associates, and enhance the economic development of the communities where we operate. Together with our bottling partners, we rank among the world’s top 10 private employers with more than 700,000 system associates. For more information, visit Coca-Cola Journey atwww.cocacolacompany.com, follow us on Twitter at twitter.com/CocaColaCo, visit our blog, Coca-Cola Unbottled, at www.coca-colablog.com or find us on LinkedIn atwww.linkedin.com/company/the-coca-cola-company.