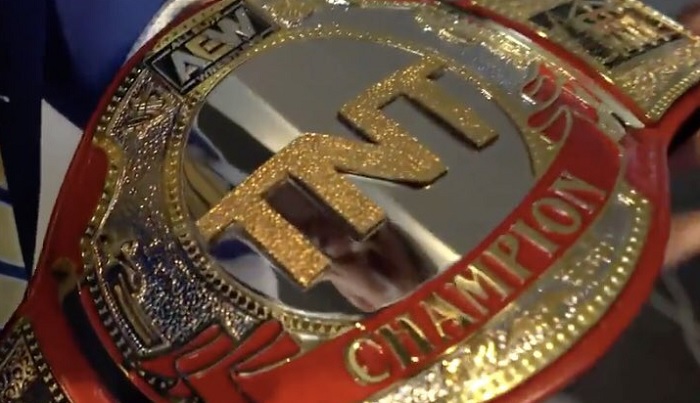 Apparently the story behind the origins of the TNT Championship title belt in All Elite Wrestling (AEW) is more interesting than wrestling fans realize.

AEW Executive Vice President and reigning TNT Champion Cody recently spoke with Canadian sports outlet TSN for an interview to talk about the one-year anniversary of AEW Dynamite on TNT.

During the discussion, “The American Nightmare” addressed the way wrestling fans have reacted to the creation of the TNT Championship in AEW, why he believes he’s more of an executive than a wrestler at this point in his career and more.

Featured below are some of the highlights of the new TSN interview with Cody.

On considering himself more an executive than he does a wrestler at this point in his career:

“I’m probably less of a wrestler than I am an executive. I really like leading people. I really like mentoring and collaboration, especially when you have really talented people who just might need a second opinion or just might need some nudging. Or if you have developmental people and we only have a handful of those, but gosh, it’s so cool to see somebody’s success. I root for everybody. We’re a startup company, so it’s very much a team environment, unlike any wrestling locker room I’ve ever been in – it’s so team, team, team, team. But I probably see myself as 60 per-cent executive and 40 per-cent wrestler.”

On the reaction to the creation of the TNT Championship in AEW and an interesting origin story he hopes to one day share with the public:

“I don’t want to jinx it, but it’s superseded what we anticipated and I think it’s superseded the general expectation. I don’t want to blame people if they want to put identities on things before they happen and that’s just because WWE has been unopposed for 20 years, so they might be used to how WWE does things, but the TNT title was never going to be a mid-card title. It was never intended to be middle of the pack and a lot of people thought, ‘Oh, it’s a workhorse belt’ or ‘Oh, it’s a television belt.’ No, it’s this. And the reality is, it’s none of those things. It’s the first time a network partner wanted a title in their own likeness and looked at a bunch of people they thought would be great fits for it. I can’t wait to tell the full story of it one day.”

Check out the complete interview with AEW EVP and TNT Champion “The American Nightmare” Cody at TSN.